NOTICE: THE FOLLOWING LETTER WAS PUBLISHED JUST AFTER THE DEFEAT OF THE LAKOTA SCHOOL LEVY IN NOVEMBER OF 2010.  IT IS BEING PUT ON THIS SITE BECAUSE I NOW HAVE PERMISSION FROM THE PERSON THAT GAVE ME THE LETTER TO MAKE IT PUBLIC.  THERE ARE OTHER SUCH LETTERS LIKE THIS THAT COME TO US FROM PEOPLE WORKING FOR THE SCHOOL, BUT FEAR OF GETTING CAUGHT BY THE SCHOOL SYSTEM FOR PASSING US THIS INFORMATION, MAKES PEOPLE RELUCTANT TO LET US DISCUSS IT.  WE WILL CONTINUE TO PROTECT THOSE PEOPLE UNTIL THEY FEEL COMFORTABLE IN DISCLOSING THEIR INFORMATION, SUCH IS THE CASE OF THE LETTER BELOW.

Michael Holbrook is number 11 on the top 434 Teachers at Lakota list.  He is a principal at Plains Elementary. On the first Monday after the election of the second school levy attempt, this is what he sent out to everyone that would listen working directly for him at the school.  Remember when reading this that Mr. Holbrook is the direct supervisor in that particular school, and his email was sent to his entire staff.  This letter says much about not only his political affiliation but also where his loyalties reside.

This letter speaks for itself. This is a person that is dramatically out of touch with the outside world. He has become so accustom to life within the comfort of his academic environment that he has fantasies of what the lives of businessmen and women are truly about. The jealousy and class warfare bias is clear in this letter. 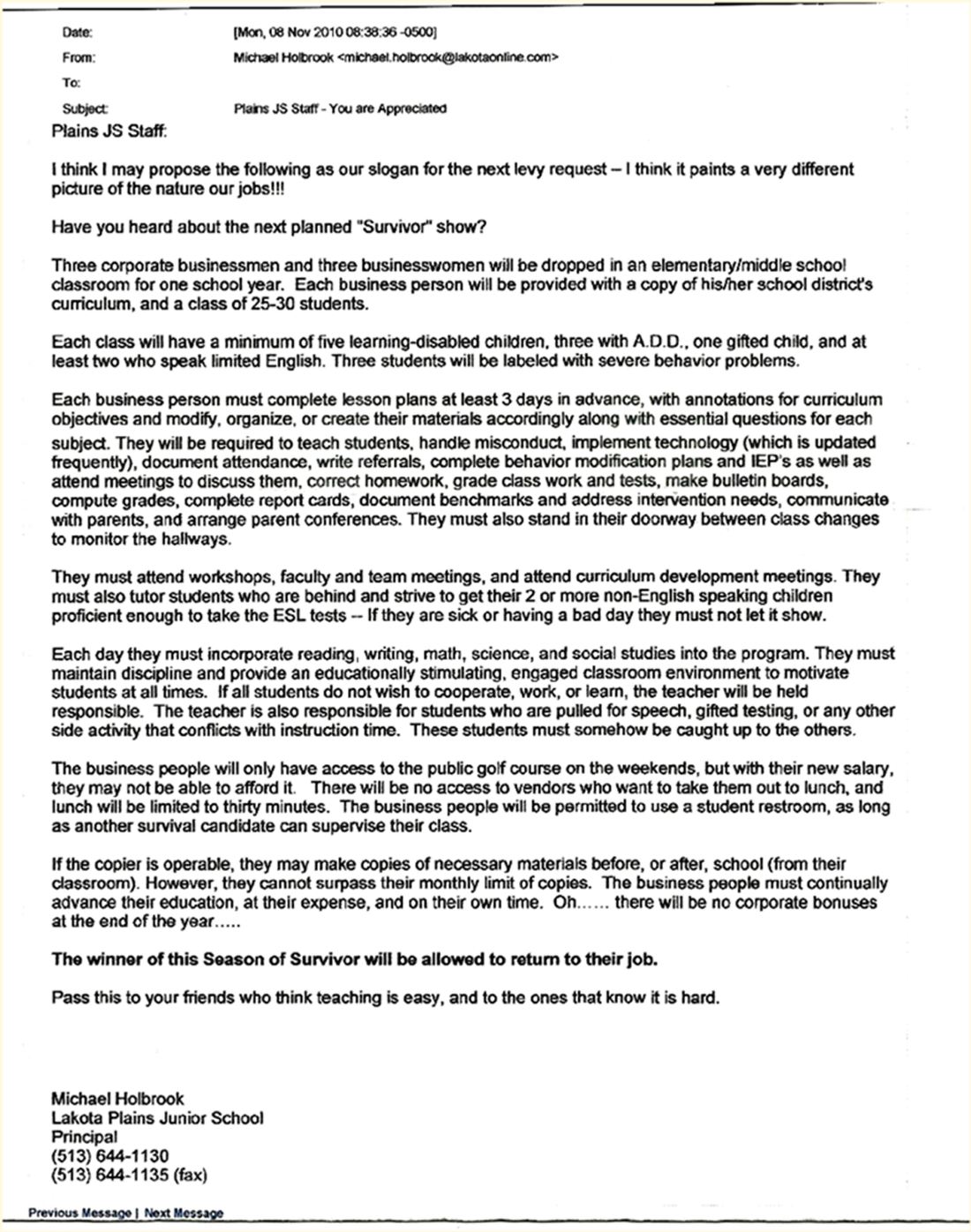 I think it treacherously irresponsible for the leader of a public school, a principal for that matter, to seek among his peers anger and community division. The comments about playing golf, and going to the restroom are further attempts to incite anger in all who read this letter. It displays clearly the mentality of the author.

Sounds different from the letter he sent to his staff doesn’t it.  This letter sort of reminds me of the campaign, where the Pro side put up a great front, but behind the scenes, they behave differently.  In this case, do you think Mr Holbrook took his own advice and displayed self-discipline, and wisdom in his comments?  It shows how the same person can put on two different fronts depending on who he’s talking to.  This isn’t an email that he received from someone else and he passed on like some office joke.  He actually authored it, and then sent it around with full knowledge of what he was doing.

And the tasks listed are inflated to extremes in an attempt to infuriate the teachers he is responsible for. And for most of us paying the taxes for such a person to be the leader of one of our schools, the comments he inflates sound reassuring as a welcome trade-off.  Most of us would love to have the problems he discusses with such labor.
In sales, there is a saying that the owner of a property be it a car, or a house, or even an item of clothing, has an inflated value, and that a buyer will see the same property at a much less value. That is because the buyer has no history and therefore no emotion to the property. But to the seller, they have sentimental value attached, and often confuse the true value of something with their sentimental value. Such is the case here.
We have a lot of people working for the school system that truly do care, and got into the business for the right reasons. But at some point, they become sentimental in their work, and lose the sense of value. And for people like Mr. Holbrook who is commanding a sum just shy of six figures, they lose sight of value altogether. And instead of doing the job of a principal, and working as a steward to our children and school system, and being thankful they work in a community where making that type of income is even possible for the responsibility level applied, they instead seek to radicalize others to turning against the community. The odd fantasy is that somehow they truly believe that such methods will command respect and reassure the community of their intrinsic value. 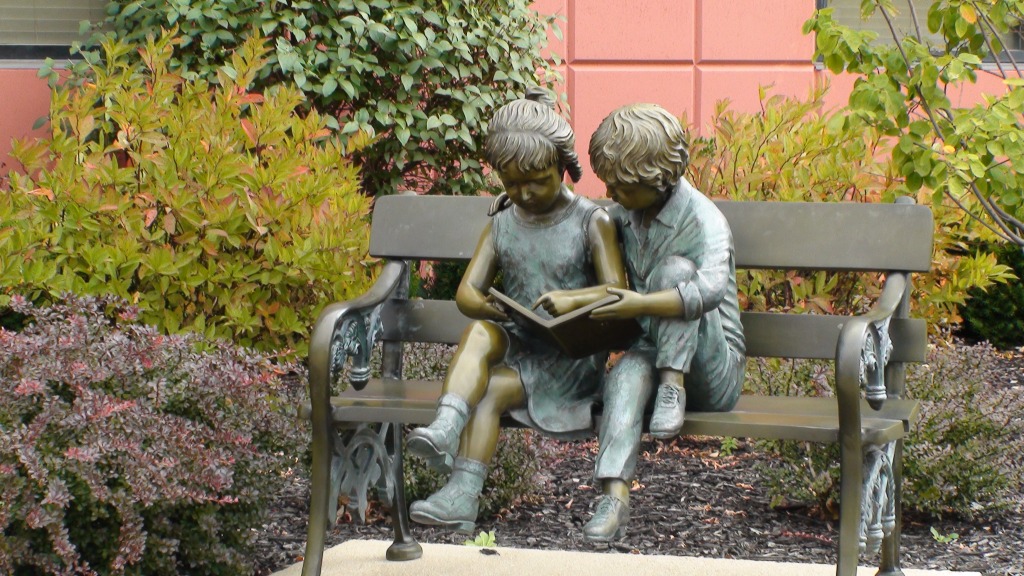 But all it really does is show that in many factions, our tax money is funding this type of radical behavior, which ultimately drives up the cost of education for which we must all find ways to fund. It is sad to witness that someone like Mr. Holbrook, who diligently constructed this “Survivor” metaphor against those of us that stood against the Lakota School Levy can show such lack of wisdom.  Believe me, it doesn’t make us feel good that we have had to say that such people are about 30% overpaid.  And this is also evidence of why reforms in education simply aren’t possible.  Remember the attempted strike of 2008.  Doesn’t it make you feel good to see what our hard-earned tax money is paying for? 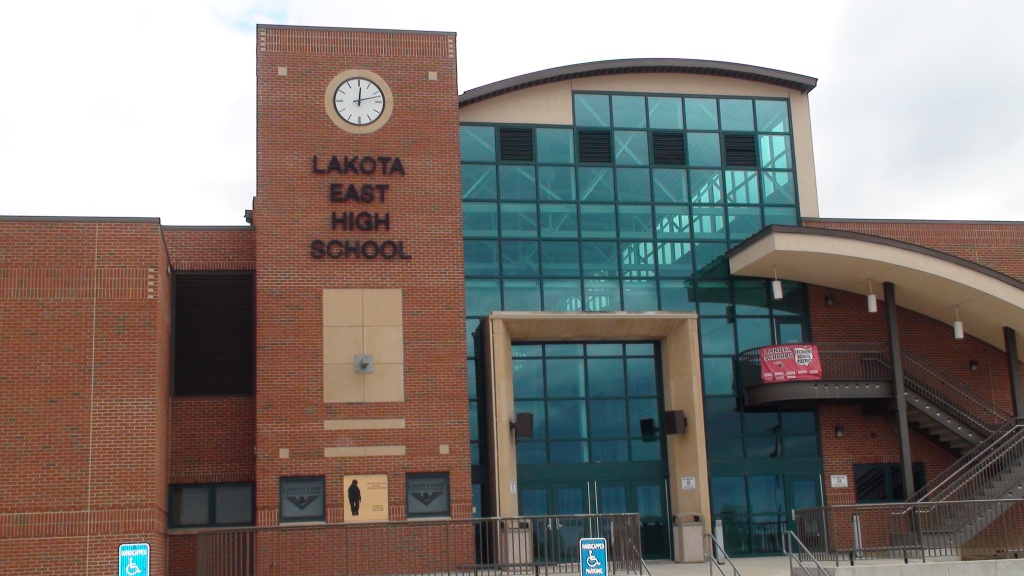 Speaking of those of us that stood against the school levy, we received this letter from a businessman that is offering to help for free, the school board. After reading the letter from Mr. Holbrook, it is obvious that such help is needed. Can you imagine being the school board, and if Mr. Holbrook is one of the esteemed leaders within the school system, what are the teachers like? Can you imagine the complaints and requests that are made from such people who have such compressed perceptions of the world? The below letter shows what kind of people inhabit the Lakota School System. And reading such letters should make everyone that voted no proud. Because a yes vote would only appease people like Mr. Holbrook.

I have two children in Lakota schools and one recent graduate. My wife and I both voted no on the levy and will continue to do so. I’d like to offer my assistance to proactively prevent the next levy from passing. In my opinion, the reason the gap narrowed this time was that the teachers union mounted an incredibly successful campaign that worked well. My children and all of their friends passionately pressured us to vote yes because their teaches, the very educators we hired and pay, spent the last few months brainwashing our children to come home and pressure us. My oldest, a freshman in college was sent emails as an alumnus of Lakota and asked to vote absentee for the levy. Wednesday morning, the day after election day my fifteen year old daughter was told by a teacher that the homework assignment handout was printed on a piece of paper one-quarter the size of the normal handout because the teacher had to cut costs to save teachers jobs! I suggested that my daughter ask that teach why he hadn’t been that cost conscience the day before Election Day but just got a dirty look. My children are mad at me because they were told by their teachers that Lakota will lose its rating and they will not be able to get a quality education because we voted down a levy that is hurting them and their teachers. When this approach is done again and coupled with the bus reductions and sports cuts the next levy will pass, and the union will have another 10 years of sacrifice free-living.

I think it is time to put pressure on the teachers union and school leadership by putting them into a position that will expose their shallow attempts to make any meaningful cuts in sacred cows such as teacher pensions, salaries, Cadillac medical plans and other extravagant benefits.
My idea is if we can’t beat them doing what you and others were brave enough to do to date, let’s join them. I’d like to collect a bi-partisan group of business leaders to offer free consultation on how to run the district as a business and not a bottomless pit of money. I’d like to publicly suggest that the district not only consult with business leaders who make these cost reduction decisions daily but also ask that the district set up an advisory board consisting of charter and private schools to help objectively evaluate Lakota costs and consider ways to reduce cost. Every time a levy fails the only costs cut seem to be those designed to intentionally hurt students and parents, while preserving the union. If/when the district refuses to work toward a business based solution and refuses to at least talk to charter school professionals; I suggest we mount a publicity effort that exposes the union’s true intention to protect them regardless of how it impacts the community.

I love the Lakota schools. I own a home and business in Liberty Township. I don’t want anything to negatively impact the quality of education or property values. I therefore want to volunteer to help Lakota to help themselves to become a more efficient and cost-effective business that doesn’t over pay and protect the union at the expense of the children, parents and tax payers. If you think this has any merit or I can help you to prevent yet another levy assault by the teachers union, please let me know how I can help.

Don’t worry.  We’re not going away just because the levy was defeated.  In fact, for more info that will be coming fast and furious, SUBSCRIBE to this blog for the updates as they come.

26 thoughts on “Lakota Principal Openly Complains about Taxpayers: The Words of Michael Holbrook”