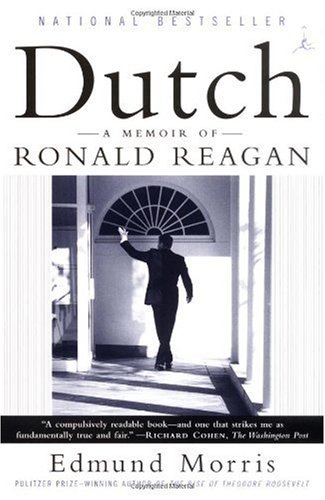 Truly one of the great writers of our time is Edmund Morris. I loved his work in The Rise of Theodore Roosevelt, and Theodore Rex. So did Ronald Reagan, because he picked Morris to be his personal biographer during his presidency due exclusively to the work of the first Roosevelt book.

That book became after many years of writing, Dutch. I’ll get into more on that book later. But for now a caption from it I think is particularly revealing. It is in regard to a raw footage viewing of the film Lest We Forget, which was a done by Warner Brothers and filmed by Bill Graf. Ronald Reagan was slated to do the narration. Bill had managed to get some incredibly terrible footage of the tragedy that occurred at Bergan-Belsen.

The following description of Bergan-Belsen is from Wikipedia: 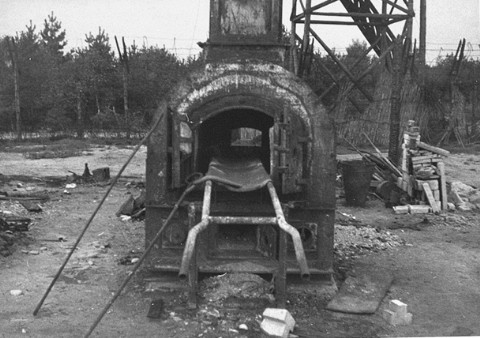 Bergen-Belsen (or Belsen) was a Nazi concentration camp in Lower Saxony in northwestern Germany, southwest of the town of Bergen near Celle. Originally established as the prisoner of war camp Stalag XI-C, in 1943 it became a concentration camp on the orders of Heinrich Himmler, where Jewish hostages were held with the intention of exchanging them for German prisoners of war held overseas[1]. Later still the name was applied to the displaced persons camp established nearby, but it is most commonly associated with the concentration camp it became as conditions deteriorated between 1943-1945. During this time an estimated 50,000 Russian prisoners of war and a further 50,000 inmates died there,[2] up to 35,000 of them dying of typhus in the first few months of 1945.[3]

The camp was liberated on April 15, 1945 by the British 11th Armoured Division.[4] 60,000 prisoners were found inside, most of them seriously ill,[3] and another 13,000 corpses lay around the camp unburied.[4] The scenes that greeted British troops were described by the BBC’s Richard Dimbleby, who accompanied them:

“…Here over an acre of ground lay dead and dying people. You could not see which was which… The living lay with their heads against the corpses and around them moved the awful, ghostly procession of emaciated, aimless people, with nothing to do and with no hope of life, unable to move out of your way, unable to look at the terrible sights around them … Babies had been born here, tiny wizened things that could not live … A mother, driven mad, screamed at a British sentry to give her milk for her child, and thrust the tiny mite into his arms, then ran off, crying terribly. He opened the bundle and found the baby had been dead for days.

This day at Belsen was the most horrible of my life………”

Once Bill’s footage was gathered it was taken to Warner Brothers to be shown to a select group of people, Reagan one of them because he had to do the voice-over. The following quotation is from the great book, Dutch, page 215. 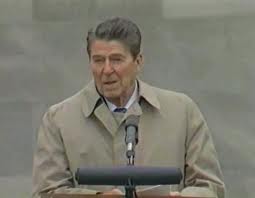 In the projection room Col. MacDuffie took the seat of honor and next to him were Bob Carson and Ronnie Reagan. I was up front with a few other enlisted men. Together Bill Graf’s footage took us on a journey out of reality, into hell.

We saw gaunt emaciated living skeletons, wondering around like lost souls in some kind of purgatory. Some of them stood naked and shit where they stood. We saw a skull complete with face sliced in half like a melon so the camp doctor could study the special conformation of the Jewish brain. If my grandfather from Krakow hadn’t emigrated here ninety years ago, that might have been mine. We saw stacks of cured and flattened human skins. The commandant’s wife had selected inmates with colorful tattoos to be killed and flayed for lamp shades. I guess these were the rejects. Somebody told Bill Graf that she liked skins with large nipples, because of the pleasing aureole effect when light shone through them. We saw—I don’t want to tell you what else we saw. It makes me want to puke, even now. When the lights went on, I felt chilled to the bone as if I were in an ice house. I feared I was going to freeze and smother at the same time. I had trouble swallowing and desperately needed water and warmth. I rushed out into the sunlight and looked around to make certain I was not dying in Germany but was here alive, in Culver City.

The others shuffled out of the projection room more slowly, like men who had seen ghosts. Reagan was strangely silent, buried in thought. It was if we had attended a mass funeral, and that in some way we were the ones that had died.

The film Lest We Forget, made a lasting impression on everyone that had to see it that day. As for Ronald Reagan, he made his sons Michael and Ron Reagan see the film when they turned fourteen as a kind of rite of passage into adulthood.

The reason I bring all this up and show these pictures is because the human race has forgotten. When the crises of the world are these immature, half-developed children protesting in London for free education, or children in the United States that won’t get up off the couch to get exercise, or the power grab by politicians to get Net Neutrality passed, none of them understand real pain, real suffering, and the blackness capable in the human heart corrupt with evil.

These modern politicians like their predecessors from 1945 did not understand how a woman could desire a prisoner to be skinned and turned into a lamp shade so the light coming off the nipples would cast an interesting light. Such thoughts are truly evil. And such evil cannot be legislated from existence. You cannot change what hides in the soul of a human being with more laws.

You have to address the real issue of personal responsibility, and not allow evil to hide behind legislation, and black-hearted politicians corrupt with their own desires for power. And such people populate the earth in abundance, outnumbering even the stars in the sky.

Never forget Bergen-Belsen. Because in the context of history, it wasn’t the only time terrible things like this have happened to human beings, and it won’t be the last. Never take it for granted that the earth has seen the end of evil, quite the opposite. Evil hides where people are afraid, or too lazy to look. And from those places the next terrible events to be inflicted upon the human race will attack.

Here is Ronald Reagan revisiting that terrible place many years after he had seen the footage that had impacted him as a much younger man.