At first I was ready to praise the Lakota School Board when they made the announcement that they were going to wait and look at the numbers from the state budget before placing the next levy attempt on a ballot. Until Mike Taylor commented, “Lakota needs new revenue, there’s no question about it. That need has not diminished, but no matter when a levy is passed, May, August, or November, funds would not be collected until 2012.” 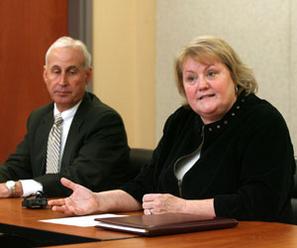 What is the plan if Lakota doesn’t get another revenue stream, because the community hasn’t shown that it wants to add to their tax burden of $11 dollars per $1000 evaluation. Any more than that would actually be detrimental to home values of the community because people won’t move here in droves for a good school if they can’t afford the property tax. The school system needs to look hard at itself and figure out how it can survive on a $155 million dollar budget.

What will happen to the revenue stream if people decide they can’t live in the district because the taxes are too high, and they leave, collapsing the housing market? It’s happened in cities, it could happen to West Chester, and Liberty Twp. If the tax base left, where would the revenue stream come from? Another levy on top of the one they intend to pass sometime in 2011?

These are questions the arrogant school administrators just aren’t willing to look at. And I say arrogant because there are still comments to the effect that schools going well into the future will still be Zip Code oriented. Such a position is a refusal to look at the facts of what’s to come. In fact, the whole concept of public education has become less about reading, writing and arithmetic, but more of “social justice.”

That guy is out of his mind, but if you talk to most people who head up public education, especially union leaders, they think the same way. They just want to give children a good life. But they do so at the expense of individuality, and that costs money. A lot of money. What happens if parents don’t want their children’s individuality educated out of them into some collective ant colony that is perpetuated by public education? It’s a question that comes up by many parents that are deeply religious, or parents that take an active interest in their children’s lives.

Many moons ago, my wife and I home-schooled our children for about a year, I had to pay for the cost of educating them, and I still had to pay the property tax to the local school district, which I shouldn’t have had to do. Now it was important to us that the kids were home-schooled, because I felt the school system was holding them back, and we didn’t want our kids to feel that wall in front of them. I wanted my kids to want an exceptional life. Not just some silly life tossed into a big pot with everybody else like discussed in the above video. So we took the wall away, much to the opposition of friends and family. They just didn’t understand why we’d do such a thing. After all, wasn’t the school experience going to football games on a Friday night? Wasn’t it having a school jacket, a sense of belonging to a group identity?  (check out what Bill Ayers says at that link, 4th video down) Wasn’t part of the school experience graduating with your class mates and tossing your hat into the air? Isn’t it all about school year books and other social aspects of the education process, because that’s what people told my wife and I when we were home-schooling our kids. They really didn’t understand our whole reluctance to the “social justice” concern.

I accomplished pretty much what I wanted after a year, and we re-enrolled our kids into Lakota. My kids had friends in school, but many of them have since fallen away now that they are all grown. Anymore, if they don’t speak to people on Facebook, they don’t care to maintain friendships with the kids they went to school with. Out of all the members of our family, only I graduated with my class-mates, and to be honest, I thought the whole experience was a waste of time. My wife graduated early, even though she was an honor roll student. And both my kids did the same, graduating a whole year early, finishing their senior years with online courses. To this day, my wife expresses no regrets about missing her graduation ceremonies; she and I went to dinner at The Golden Chain Restaurant as a married couple while her classmates were running around like idiots on their graduation night. We had fun in a way many of those people couldn’t even imagine at the time. Both of my children had similar experiences exploring Europe while the kids they went to school with were opening graduation presents and trying to figure out what party to go to that night. My kids find school pride sentiments to be trivial, and rather childish.

The reason I support alternative education methods is because I’ve seen the benefit. And obviously I have no sentimental value to those other social aspects of the school experience. Because of that, I don’t see why anyone would value any of those things. If you want to have friends, talk to them on Facebook, or Xbox. Why do you have to have relationships established in the halls of a school building? In the age we live in, it really doesn’t make any sense any more.

So why is there so much focus on a “revenue stream?” And why does Lakota have to increase it?

What happens to Lakota’s revenue stream if the money they get from the state doesn’t just go to the district but to the student, for the parents to use any way they see fit. Because a group I’m involved with, School Choice is about just that very issue. That’s the article I wrote that had all the giant sand castles only to have them wash away in the ocean. That’s really an appropriate metaphor for the situation. Most school systems are just elaborate sand castles that communities have grown attached to out of sentiment, and they are willing to spend infinite amounts of money to fight back the encroaching waves.

What’s going to happen as more and more people move into the country working from their home computers and aren’t needed in a centralized building as is currently required. Or because of the efficiency of cars and other transportation devices that are emerging, people move further away out of the districts. What’s going to happen to the revenue at schools like Lakota when that happens?

If we look at the sentimental avenue of education being all about the “experience” of school, so it’s football games, class-rings, and school jackets, then paying extraordinary amounts of money to educating children is something to entertain. But increasingly, the world we live in is becoming less centralized, and people will want the options of that freedom. Sentimentality has a terrible cost, and these days, fewer people are willing to pay it. I’m certainly not alone in my lack of sentiment.

I’m strictly a performance based individual. I expect an education that continues throughout life, and doesn’t just end at grade 12, or even college. My experience with college is that people are putting their lives on hold to fulfill the dreams and market sentiment of the baby boomer generation that swallowed whole the pill of a college degree will be a cure-all and is a life-time of security. We’re learning now that’s not the case. I’ve had to give job interviews to grown adults with 4 to 6 year degrees trying to get a job paying ten to twelve dollars an hour, and wanting the job badly. The world that was promised to those recipients of degrees isn’t there. It is for some, but more and more, people are discovering that they are terribly in debt after their college experience, because the tuition is just too expensive for what you get, and the jobs available in the marketplace are not paying the type of wages that will allow those people to pay off their debts.

According though to the Lakota School Board, they seem to think everything will always be as it has been, and that’s not very forward-looking. To survive, they need to look hard at their expenses and not only consider a loss of revenue because of the next failed levy, but also the loss of revenue from parents that take their money from the state and use it on a program like School Choice. The only real hindrance to School Choice has been the union lobby in Columbus, and given the inefficiency in schools and the continuing increase per pupil of the cost of education, and the continuing problem of our state funding structure being unconstitutional, the new Governor could go a long way to solving all those problems by using School Choice to create competition and using that competition to drive down the cost of education per pupil. Think about it, $10K per kid is out of control. The state funding issue can never be addressed when the cost per pupil is that high. Changes to that perception have to be implemented now.

That’s what’s coming, and why comments like the Lakota School System will need further revenue streams, are arrogant. Lakota needs to prepare for less revenue streams, not more. To assume that education is so central to the community, not just the parents that enjoy watching their kids play sports, but the entire community, is audacious, and short-sighted.

Innovation and the embrace of technology will bring down the cost of education in the future. It will start first with parents that take an active role in their children’s education, which will put pressure on parents that are basically using the schools as a day care facility, or possible scholarship generator, clinging to the education methods that have been in place since frontiersman settled the North American Continent is expensive, archaic, and will be phased out soon. The schools that survive will be the ones that adapt to those changing circumstances. The ones that stand in the way will find themselves on the outside looking in.

If I ran the LEA, I’d renegotiate that expensive contract quickly, before I became irrelevant. Just some friendly advice.