As if the No Lakota Levy campaigns were not enough, my work on Issue 2, my occupations, and my family, I have been working through a critical edit and rewrite on my new book tentatively titled The Tail of the Dragon. My publisher is exploring a title change however to capture the epic quality of the story to something like Legend of the Misty Mountains. But it’s still early. So my mind was spinning late in the night as I was thinking about all these tasks at the same time when a friend of mine from those Misty Mountains sent me the picture you see displayed here.

The Cherohala Skyway received it’s first snow of the year over the weekend and my new book involves a massive car chase upon it’s roads, so my friends from down south who are eagerly awaiting the completion of my novel wanted to send me the lovely site of that first snow upon those scenic wonders where the mind of man and the wonders of nature unite upon the Cherohala Skyway which takes drivers to the mouth of The Dragon along the western frontier of the Great Smoky Mountains.

My editor and I were having the type of banter that writers and editors have. As anyone who reads here can tell, my Overmanwarrior’s Wisdom is more like my personal notes which I share for everyone to see, mistakes and all, because for me it is to capture the ideas as they come and that is the essence of the task. It is the editor’s job to focus those ideas. When you put together a book, which involves many parts of a publishing company, the hand print of others are part of the process, so cuts, re-writes, refocusing key ideas are very important to the end result. So she and I were having this back and forth about what the novel was truly about, because we are at that phase. 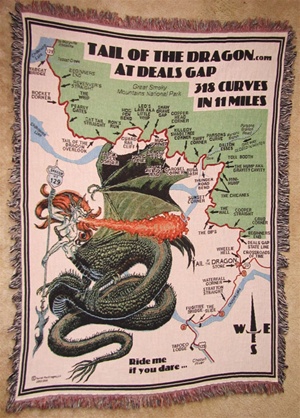 I would say, “This book is about how politicians use public officials and legal manipulation to climb into power. That is the essence of how the governor in the story is using the police unions to solidify his bloc voting in a run for the White House.”

She said, “That is certainly an important part of the story, but it’s not the main theme. This is a pirate story. The main character is a pirate, and a violent one at that. This is also a love story, and a journey of self-discovery. It’s much more epic than the political subplot.”

So I mulled her comments around in my mind into the small hours of the morning as I stared at that misty mountain picture. Just a few hours before I had given an interview to The Enquirer over the debacle of Lakota’s school board and all the infighting that is going on. Before that the No Lakota Levy people had one of our meetings and mapped out our ad strategy and assignments for distributing signs. And as I looked at the stat list for this blog site, I noticed that my Stacy Schuler articles had over 4,000 views alone over the last couple of days. The combination of all those elements together sent my mind into a bit of sadness. I have written many, many deeply insightful articles here, and it’s Stacy Schuler which is the most popular. It is quite obvious that the crime of much of my time consumed centers around the lack of participation in most of society to THINK. It is the lack of THINKING from the voters that has allowed the public unions to rule over our politics. It is the LACK of THINKING that has allowed for higher taxes and manipulation of the type of ads which come from the anti-Issue 2 crowd. Those of us who think wonder how people could be so stupid not to see that Issue 2 is a fix, and is fair. But the emotion of the unions works even if they don’t have any facts to back them up. So in many ways my anger at those who don’t think had found it’s way into my novel, even if unintentionally and that anger and rebellion was unmistakable, and my editor had keyed on that emotion by rationalizing that my epic political adventure was actually a modern pirate story.

The roots to this book began ironically in one of my favorite restaurants in the world, and I have dined in some fine places. My wife and I love to eat at the Friday’s restaurant in downtown Gatlinburg. We don’t dine at the one’s here in town, but when in Gatlinburg we like to eat at Friday’s. There is something unique about that particular location, something in the air which I enjoy thoroughly. It may be the large mountains that rise up when you set foot out the front door, or the Ripley’s attractions across the street. Gatlinburg as a place is a thriving center of nearly pure capitalism and I love the area intensely. And I love to sit in the booths at Friday’s in Gatlinburg, where each one has its own flat screen television, and I scratch down notes for future writing projects. It was in this place that this current book was born, this pirate story about fast cars, rediscovered love, and the treachery of politics.

In the south they still enjoy being rebels. They do not pat themselves on the back for bowing down to authority. Down there they still resist, and I think it’s for this reason that so many people from Ohio visit the place each year. It’s not just for the scenic mountains. It’s for the reduced pressure one feels in such a place in political attention. It’s a similar feeling that you can experience in most beach communities and specifically Key West, they all have in common a tendency to look down at authority, with authority being the enforcers of a politician’s goofy ideas. I enjoy visiting places for vacation that embody such qualities and in my entertainment I enjoy the same eminence.

My anger at systems, at or

thodox, at wasted money, at stupidity has its roots in this elementary concept. I think we should all be freer as a people, but to be free, it requires people to be somewhat intelligent and to think. It is evident that we are being herded about like animals in a barnyard by masters who consider themselves above us in the political class. If one of those animals declares, “I’m not an animal, I’m a human being” trouble is not far behind that declaration.

As I studied the rift that had developed on the Lakota School Board, due in large part to the information released on this site, which I thought was actually quite insignificant, a higher truth is revealed that I don’t think even the participants understand. The people on the school board want to be taken out of the “herd” and be considered as part of the political ruling class, and that’s why they are so interested in getting elected for a nothing job. The essence of all corruption is present in even a simple job involving no money for the participants, and even then, power struggles will erupt because people desire to be released from the HERD.

Rather than join the political ruling class I turn to writing, and vacations in exotic locations, and I find solace in places like the Cherohala Skyway and the Friday’s in Gatlinburg. My anger at that political ruling class comes out in my writing whether it be here as my personal thoughts and notes, or the more sophisticated and potent new novel that will be released during 2012 which ended up being a modern pirate story. 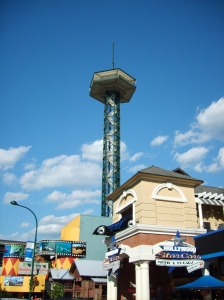 Such releases are important, especially when you involve yourself in the small-mindedness of the herds who all wish to rule. The clutter and mess they leave in their wake are frustrating and to level with them in an attempt to help them is like speaking to a rock. They do not have the capacity to understand what you are trying to tell them. And to keep from going over the deep end in anger I jot down notes on napkins, my hand, and on the bags of the cloths my wife has purchased, while we eat cheese sticks at Friday’s in Gatlinburg.

So knowing that, and with my editors consent, we will pursue this theme of the pirate against the masses of government, and I will enjoy every word written, every phrase turned and every act of rebellion contained within it, because such a story is needed for all those who have a mind to think and appreciate with sincerity the first snow on a mountain roadway in a land that refuses to bow it’s head in submission to mindless authority.