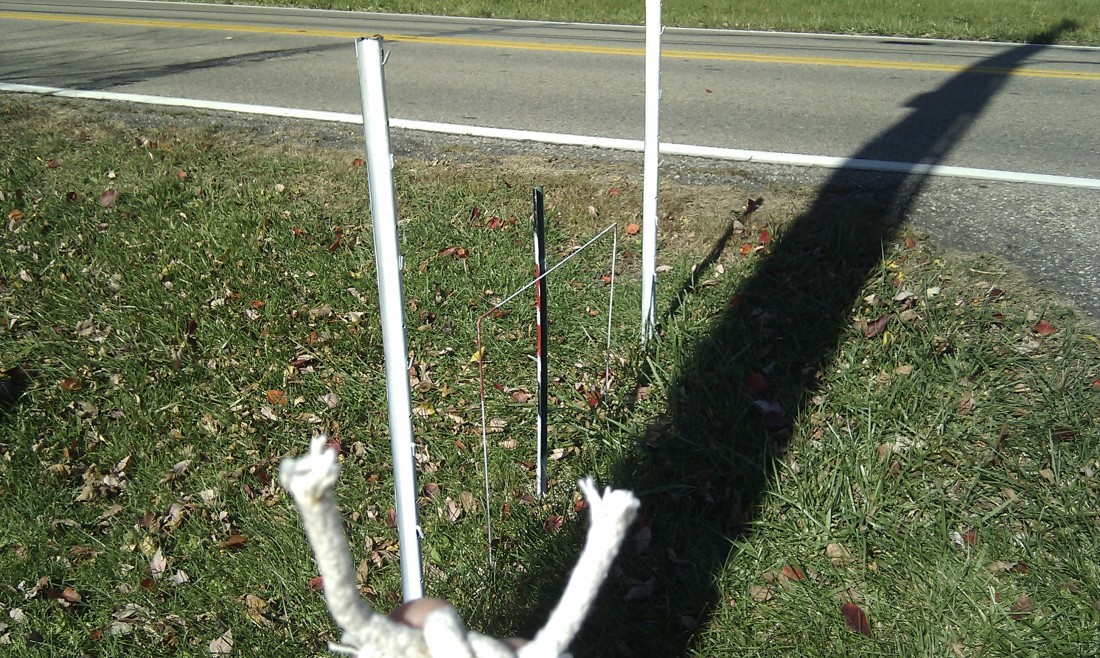 Since Sandy Wheatley of the Move Forward Lakota push used references to the bible in the debate we had toward the end of September, I’m sure she could appreciate an event of BIBLICAL proportions since she also said recently that the reason the No Lakota Levy signs were missing was because the “wind” was blowing them away. You can see that reference and debate here: 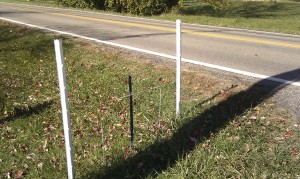 Well……as you can see, one of our very large signs located on Hamilton-Mason went missing over the weekend and it appears that the loss was biblical in nature. You see, when the owner of the sign went out to discover where his sign had gone, he saw that the “wind” had torn away all the straps that held the sign in place, cutting them completely in half. The sign mysteriously disappeared into the heavens leaving only the frame of the sign behind. 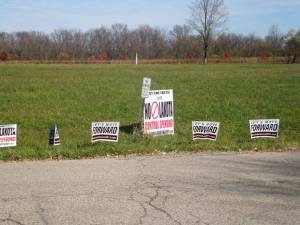 Also, as you can see, these “good” Christian soldiers of the Move Forward campaign are running such a clean campaign that they are putting their signs in front of our signs in a childish attempt to cover our message. Isn’t that very………………Christian of them.

Oh, I’m sure God is on their side.

Well, I wouldn’t bring God into this if I didn’t know that being good and kind was an important attribute to some of the people working on the Move Forward campaign. If they knew there was vandalism going on surely they wouldn’t endorse it with ignorance. Or surely they wouldn’t participate by offering encouragement. 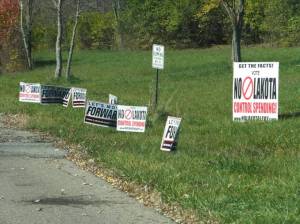 No, I wouldn’t think so. Surely not. Nobody is that much of a lowlife, are they?

Well, I heard from a Levy supporter, one of those kind people who were at the school picking up signs and other material to support the levy. For those people I have a message here:

The email from the levy supporter is wonderful in showing the quality of the mind of their supporters. Read the email for yourself:

This is from a guy named Carter,

> I hope all of you are will to take the same pay cuts you want the teachers to take,
> remember that schools are a service industry and payroll will be the largest part of the budget. I am sure none of you have every been to a band competition or a football game or an art show. The impact has also already started. I am sure you could not tell me who the band director is at East and how the band did this year and the last 10 years. You would like our students to just be average and not prepared for college. If you put signs near the school where kids walk by and expect nothing to happen, this is why you think only of yourself.

What do you say to a person like that? They live in an education bubble and clearly need a basic education to even have a foundation discussion. Yes, I know who the band director was, Mr. William Thomas. I wrote about him at the link below. I actually like that guy.

Hey Carter, or the Levy Supporters working the campaign. Where were you when one of your treasured teachers seduced the mother of one of our community families using the child to do it? Oh….yes……where were you when that crime was being committed against the child’s family? You can read about that situation here.

Oh, maybe adultery isn’t a crime anymore. After all, it’s only sex………….right. The problem with this story is I know that everybody on the inside of the Lakota Levy knows about the case I’m talking about, yet they chose to turn their eyes away from it. I think they actually believe that God is on their side, because I also know some of them are very active in their churches. So when I hear comments like, “The wind is blowing down the signs of the No Lakota Levy People,” coming from the Move Forward Campaign I have to assume that the same blind eye is being turned toward the knowledge of vandalism of the No Lakota Levy signs, and the knowledge that some of the employees that are employed at Lakota are actually quite bad, such as the teacher who attempted to break up this family. Don’t tell me you don’t know……………….it’s all the rage?

But maybe it wasn’t God or the Wind at all who took our signs at the home on Hamilton-Mason Rd. Maybe it was something else; some sinister force conjured up by the true nature of a black heart hiding behind a veil of goodness………………………..perhaps. But as we inspected the fasteners of the lost sign I can tell you one thing……………………….IT WASN’T THE DAMN WIND!!!!!!!!!!!

Just remember Move Forward Lakota people, a sin known but left alone is still a sin, even if you turn your eyes away and pretend you know nothing. 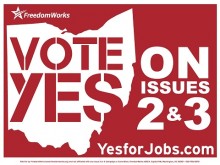 20 thoughts on “The “Wind” is Taking the NO LAKOTA Levy Signs: A sin known but left alone is still a sin!”