To a lot of people the name Ian Fleming will always be the author who created James Bond. But to me Ian Fleming is the literary giant who filled my childhood with pleasant memories and a hope for the future. The book and the film that followed of the classic Chitty Chitty Bang Bang is archetypal Ian Fleming where the inventor Caractacus Pott buys an old car and restores it before finding himself on a series of wild adventures. In the film a clip can be seen here in all the glory of the 1968 classic featuring two of my favorite songs. The first song is the signature song of the film, the second is dedicated to the female lead in the story Ms. Truly Scrumptious, (I love Ian Fleming female characters) 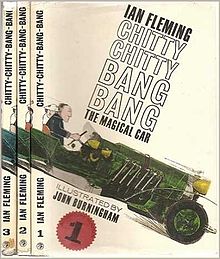 The desire to restore an old car and give it new birth is a common theme for most of the male population that I know of. In our lives, we cannot do the same for our own bodies, but we can certainly give an old car new birth and allow it to live on for decades to come even after years of decline. This is even stronger today than it was in Ian Fleming’s time where beloved cars are routinely brought back from the dead to live again in their former glory.

As a youth my favorite car, which I still have, was a 77 Firebird because growing up it was the movie Smokey and the Bandit that ignited my love of driving for a lifetime. You can see my car in the picture to the right. Like Caractacus Potts from Chitty Chitty Bang Bang, the old Firebird Trans Am’s hold a special place for millions of people and some have rescued these old Firebirds from the scrap yard to be restored out of their love for not only the cars but a tribute to the movie Smokey and the Bandit. Every year hundreds and hundreds of car enthusiasts take part in the Year One Bandit Run which is an opportunity for many of these restored Firebird Trans Am’s to make the same run done in the film from Texarkana, Texas to Atlanta, Georgia. In that famous movie the plot was to smuggle Coors Beer from west of the Mississippi River to a party in Atlanta, because Coors Beer couldn’t be sold so far from the brewery and reselling beer across state lines where taxes couldn’t be collected properly was considered bootlegging. 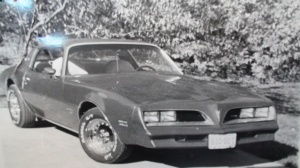 Well, I’m finishing up the final touches on my new book called Tail of the Dragon. I am on the second edit with the publisher and things are coming along nicely, and these two influences of Chitty Chitty Bang Bang and Smokey and the Bandit keep coming to my mind as I read through the manuscript. In my story however, the heat gets turned up considerably. In Tail of the Dragon the old Firebird that you can see in these pictures is certainly restored in the classic tradition that Year One promotes, but in this story, the engine is far from classic restoration, but reflects the most modern achievements of technical triumph.

In Tail of the Dragon there is a run similar to what the plot of Smokey and the Bandit consisted of, but it differs in that the restored Firebird is covered under its body panels with composite armor capable of deflecting .50 caliber machine gun fire, the windows are of course replaced with impact resistant glass and there are a number of gadgets and gizmos that would make Ian Fleming smile. Because the car must run on vegetable oil, due to the lack of fuel available, the Firebird needs a diesel engine so that it can run on an alternative fuel source. The trouble is, diesel engines are not known to be built for high performance speed racing…………….that is until recently.

The restoration of the Firebird in Tail of the Dragon is traditional on the outside, but inside it utilizes the technology seen in the video below. Meet the Peugeot 908 RC, the production car of the very successful Le Mans racing engine.

The engine seen in that video is a 700 Hp V12 HDi diesel engine that just won first and second place in the 24 hour Le Mans Cup endurance race in October of 2011. Franck Montagny placed 1st with a Peugeot 908 and Nicolas Lapierre placed second with a Peugeot 908 out of 53 other racers and automotive manufactures. Peugeot is way out in front of this type of diesel technology and in constructing the story of Tail of the Dragon the Peugeot 908 is the obvious choice for the needs of the car in that story. 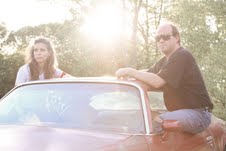 I’m sure Peugeot will be aghast when they read in Tail of the Dragon that I’ve taken their very fine engine and turned it into a vegetable oil burning beast that can be filled at the refuse dump of a local fast food restaurant. But in the story there are several fuel tanks that heat up the sludge oil and remove contaminates as weight is not a factor in Tail of the Dragon as it is in a Le Mans race. So the Firebird restored on the outside to a classic America muscle car courses with the technology of Le Mans racing and like the great story of Chitty Chitty Bang Bang, where the restored car takes our heroes to a far away land and finds themselves captive to a perilous regime, Tail of the Dragon is my modern spin on this classic tale. (I particularly love this song and scene as Dick van Dyke and his girlfriend must escape back to their beloved car) 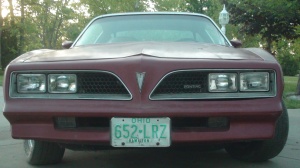 All across America and the world over are inventors like Caractacus Pott who invent in their garages gadgets of ingenuity that no government can utilize and hold in a bottle. Innovation springs forth from an innate desire to be free, and whether the demon of control is the time on a clock during a Le Mans race against competing auto manufactures, or as in the case of Chitty Chitty Bang Bang the tyrannical child stealing regime of Baron Bomburst who attempts to force the construction of his own version of Caractacus’s magic car through torture. Or—it might just be the desire to drink a beer from a far away brewer and avoid the taxes involved in interstate commerce. (I love these guys)

The quest for immortality lives on in our machines as age claims our living years, it is our cars that capture and maintain our legacies. And it’s our ingenuity as human beings who bring about these rebirths in spite of what governments attempt to shape us in to in the form of regulation. The mind of the inventor embodies every intellect that holds a wrench, and places their hands on a steering wheel and pushes their foot down on an accelerator pedal to push the life they restored to its limits.

There’s a little bit of Caractacus in all of us, and my book Tail of the Dragon is a tribute to the latest installment in that quest of restoration by the inventors of earth who lack fame, but hold genius within their families as they bring back to life the god’s of the highways to breathe life once again. And the push behind that genius is the desire for freedom, as our machines reflect our passions to outrun, out maneuver, and outlast the shackles of time and the subordinates of restriction.

It’s in ingenuity that we find our freedoms. It’s in cutting down the shank of a bolt that doesn’t quite fit, or using a tin can as a shim to a strut that needs more space to balance out a fit. It’s in the teenager who installs their first modified car stereo or the chrome rims they put on their first car. It’s the ingenuity of the human mind to always push technology forward while preserving the past that rests behind the spirit of every tool box in a man’s garage. And that spirit is what Ian Fleming captured so long ago in Chitty Chitty Bang Bang. And upon reading one of the last revisions of my new Tail of the Dragon I am happy to report that readers will see my tribute to these great classics with a new story that I hope will inspire a new generation to grab a wrench, head into the garage and stake their claim to immortality by injecting a bit of themselves into a beloved vehicle that will live on indefinitely as their personal quest for freedom. 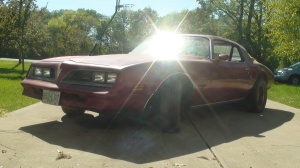 For more on my new book Tail of the Dragon please refer to the links below:

SEE THE WORLD THROUGH HOFFMAN LENSES: