Barack Obama recently sat down with 60 Minutes to discuss his presidency, and it is interesting to study how Obama reacts to the questions asked of him, many of them quite good. But the most telling aspects of this interview which does not get said much out in the open is how this president overreacts when he is called a “socialist” and how much he believes that higher taxes are a solution to many of America’s problems. What is clear in this interview is that socialists have learned that the strong-arm of forced propaganda does not work too well with the independent minded American. However American’s are prone to fight for equality and an even shot at life for everyone because of their independent nature. So socialists have learned to repackage their message to such an extent that they even confuse themselves—which is evidently what is plaguing Barack Obama in this interview. He is without question a socialist in practice and I would say given what we now know about socialism that no American can embrace that philosophy and be an American, because socialism goes against the very fabric of what The United States was founded upon; low taxes, and minimal government.

The following quote about communism and veterans is from a source called Peoples World and can be seen here:

With the Iraq war officially over, leaving 4,500 U.S. troops and 100,000 Iraqis dead plus tens of thousands wounded, the soldiers who fought and experienced the horror are returning home. They’re stepping out of one war zone and into another.

Faced with high rates of unemployment and discrimination in hiring, many are coping with horrific injuries and post traumatic stress disorder, fueling drug and alcohol abuse, and divorce and record suicide rates.

The experience is causing veterans to draw basic conclusions about the real nature of U.S. foreign policy and even capitalism.

Understandably there’s been an influx of veterans, including combat veterans, into the ranks of the Communist Party USA and Young Communist League.

Among those who joined recently, and are organizing a new CPUSA veterans committee, is Greg, who served as a military police at Bagram Air Force base in Afghanistan.

He said he still gets nightmares from what he witnessed travelling back and forth between Bagram, Kabul and Kandahar.

“A lot of veterans like myself go to war and want to do the right thing for our country,” he said.
“We come home and can’t even find jobs, not even part-time. I’ve found a lot of companies are hesitant to hire veterans, because veterans may have mental or physical issues. That shouldn’t be.”
Greg said he’s also experienced racism and ageism.

“When I got home my old company hired me back like they were supposed to. But soon after, that they laid me off which happens to a lot of veterans,” Greg said.

“That really pushed me over the edge. I had read a lot of the history of the party. The next day I got on line and joined the CPUSA,” he said…

Another veteran, Frank, joined the CPUSA in September. He grew up east of Los Angeles, amid the foothills of the picturesque San Gabriel Mountains. Orange and avocado groves surrounded his hometown.

By the time he graduated high school they were replaced by a growing population and industry associated with the Vietnam War buildup.

Frank was drafted and spent two years in the Army. He was trained as a tank commander and saw combat in Vietnam, serving a tour of duty.

“Little by little, I realized in Vietnam, this supposed capitalist democracy wasn’t working. This wasn’t what the Vietnamese people needed. They would be much better off with socialism,” Frank said.
“When I got back there weren’t a lot of jobs for tank commanders and I had to deal with a lot of other things, nightmares of the things I’d seen. These young men and women returning [from Iraq] are dealing with similar things,” he said.

“There has to be a better way. Socialism is the way we have to go if there’s ever going to be equality between people and countries. And that’s what led me to join the CPUSA,” said Frank.

The push is on; a large portion of American society has been incorrectly taught in public school that the United States is a democracy, not a republic. Many Americans have served oversees and witnessed different cultures and how they have varying degrees of socialism in their governments, particularly in Europe and are willing to turn away from capitalism because they became hooked overseas to the easy milk that emerges from the breast of “mother government.” Television and movies are predominately produced by left leaning political ideologues which have advanced the cause of socialism because many creative types are inheritably lazy and attracted to skills that have a limited market, so equality for all is very appealing and socialism becomes acceptable to them. America has been so divided over its own ideology because of its melting pot mentality that as a people they cannot make decisions about race, about immigration, about even how to start a business. America in the year 2012 is a mixed plate of food that has been intentionally made into a soup by many competing interests. And the folly of the United States has been to attempt to be all things to all people, because only in America can all people from different walks of life co-exist as successfully as has been done in the American experiment.

But listening to the rest of Barack Obama’s speech is a clear indication that American’s like Obama who is obviously struggling with a broken home complex and abandonment issues with his own father, the promiscuity of his mother, his spiritual values, the kind of lies that a person learns to live with when they’ve given up their citizenship once, had to lie to get into an American college, then sought to cover up that lie with millions of millions of dollars, are practicing socialists. Obama hung out with socialist radicals as a young man smoking marijuana in abundance and pretending that the academic elite held all the answers to life even to such an extent that he befriended a former American terrorists, then lied about the relationship when the media asked about it. The Barack Obama I see in the rest of this 60 Minutes interview is simply a dressed up, typical American who is among the first victims of socialist propaganda that has programmed many minds in public education and attempted to fill all the voids broken in the souls of American men and women, in a plot involving the KGB as early as the early 1950’s. American culture was slowly attacked by socialism in careful, subtle ways and the result is a society of people who don’t know what they are anymore. Barack Obama as a president represents those confused types who have lost their identity and lack a grasp of their personal cultural histories.

So let me clarify what being an American is to those who do not know or agree on any one particular point. An American is someone who adheres to the Constitution of the United States as it was written originally with the Bill of Rights included, and is someone who embraces competitive free markets as a way to find the best, most efficient solution to all problems. And an American despises higher taxes because taxes feed a larger government and a political class that is too reminiscent of the failures of other world cultures and their social hierarchies. America stepped away from all that and become the greatest country on earth very quickly, and it was no accident. Large government restricts GDP. Small government allows for the growth of GDP. It’s a very simple economic reality.

So in short, if you are the type of person who wants higher taxes to pay for programs created by government, then you are a practicing socialist, and yes that includes Medicare, Social Security, and public education. I realize that most of the American population has to participate in these programs by law, but that still does not make it right. That is simply a result of the KGB infiltration of our own government and policies which is a historic fact, even if it is too difficult for most Americans to admit that they’ve been duped. And you cannot be an American and be a socialist. The two ideals do not go together and cannot be made to culturally. It does not work even though the lazy, weak, and otherwise docile of our population wish it to be so; higher taxes are equal to socialism.

Socialism is sold to the public in the same manner as the Fushigi Ball is, with the illusion that the ball, or the government can magically levitate and produce results by keeping everyone’s eyes on the shiny core, so that nobody pays too much attention to what the hands are doing. The basic message is that if you support higher taxes even you could master the art of socialism. With the Fushigi Ball, if you just send $19.99, you can also master the defying gravity of the Fushigi Ball.

But what you often find out too late, when you open the box and pull out your Fushigi Ball, it is just a simple series of tricks that produce the illusion. I will go into greater detail about this idea in the weeks that come, but for now the clear definition of what a socialist is and whether or not you are one, is whether or not you support higher taxes. If you do, you are not an American. You are a socialist pushing society in the direction of communism. And socialism is simply a trick, a slight of hand that is intended to deceive the mind by focusing on the shiny aspects of the philosophy. Just like with the Fushigi Ball, the name has been changed to make it sound new and fresh. The magic of the Fushigi Ball is simply contact juggling. And in government, progressive government is socialism. There is no trick or magic.

And Barack Obama is a socialist. There is no question about that, he is willing to spend $19.99 on magic. He has bought into the illusion of the Fushigi Ball of socialism. He can lie to himself just as many American’s do and believe they can have their cake and eat it to, but they cannot. You cannot consume the resource by way of your mouth, put it into your belly and then have it come out in the form of defecation and call it a cake. It becomes shit when you consume it and is no longer cake. The same goes with America, you cannot consume it with socialism and expect it to look the same and be the same America once you’ve consumed it through taxation. You will turn it into…………shit, which is why all communist countries………………………….stink. And there isn’t any magic in that, or any refunds when you find out that the whole trick of socialism is just a simple illusion and you’ve been scammed.

SEE HOW THE NAKED COMMUNIST  AND IT’S 45 POINTS IS ATTACKING YOUR LIFE AT THIS LINK: 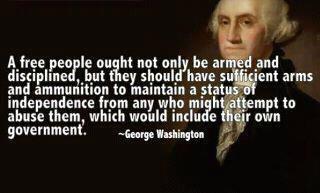