Tough love is what I’d call the recent push to convince area schools, particularly my own of Lakota that the days of endless education funding are over, that the bubble has burst, and unfortunately they are the last to know it because they refuse to see. When fighting school levies, public schools will attempt to paint a picture of how necessary they are to launching children into college, and how important their institutions are to preparing children to compete in a global economy. Well, let me save you some time and money by telling you how you can prepare your children for a global economy without increasing your taxes on a public school who refuses to see they have lost their relevance; teach your kids not to go to college and instead find a job and work their way up with hard work. Don’t get into debt, because the financial stability of those loans is questionable, so not having debt is equal to having wealth in the global economy. And be ready to work 10 to 12 hour days to maintain their relevancy for the company they work for. America must become producers again, but right now, we have allowed ourselves to become a service nation, and there just aren’t enough jobs to fill all the positions coming out of college.

Tuition rates for college are going up at a rate of 8% a year. That is not sustainable, because incomes are not going up at the same rate, and they can’t. The economy does not support such increases unless the economy itself grows at the same rate. And the money spent on college is not guaranteeing a good job for the initial investment. What is happening is inflation all across the spectrum and that inflation is driven by ever-increasing expectations that are not supported with reality. To illustrate the situation Darryl Parks of 700 WLW talks with Nathan Bacharach of 55 KRC Sound Money about the devastating conditions of our economy and the treacherous financial situation that higher education has placed itself in. I would encourage everyone to listen to this broadcast below, and send it along to a friend you know or a neighbor, so they can begin to get their minds around this very informative interview. It is quite stunning.

It’s not that college has lost its relevancy in our marketplace, but the institution lost its way in what it expects as compensation and value provided by that compensation. They have extended themselves too far in a quest that is simply a numbers game. Colleges sought to put bodies in seats and didn’t care what they had to do to achieve their numbers, and they are paying for it now. In fact, America is paying dearly as that investment is proving to be a bust, because we do not have enough workers who wish to do skilled labor for a reasonable price, and that is a real problem. So jobs go overseas to markets where workers aren’t so picky, and don’t have such high expectations. 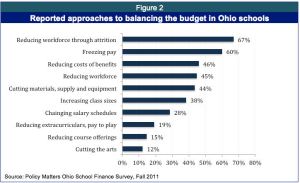 And the real villain here is in the public schools, who like their college counterparts have inflated their own value and worth, hired far too many employees who provide little service to the end product, and they charge too much for their employment. There are too many college professors who make in the six figures, and that is why tuition rates are rising at 8% a year. Education costs didn’t go up, reading, memorizing, and writing on a chalkboard. In fact computers and use of technology have decreased, while tuition costs have increased, because it’s in the financial expectations of the professors and administrators to make vast sums of money in education that have drove up the costs. And in public education the same expectations are present. I have reported that there are over 600 teachers and administrators in my school district who make over $65K per year, which is much more than the average yearly wage of the tax payers who pay the bill. That’s a problem, the math doesn’t add up. And these employees making these sums expect a school district to pay them 2% to 3% increases every year. In fact, when my district of Lakota took a recent pay freeze, even with their step increases, they thought it was a tremendous sacrifice on their part, when it was people like me who have been saying that they are making too much for what they offer in the end, and a pay freeze isn’t enough.  To get an idea just how out-of-touch the public education business is, look at this recent report by Policy Matters Ohio, where they are perplexed at the financial situation they put themselves in.

These employees will complain that they obtained a master’s degree, or a doctorate, but more and more, that doesn’t mean a thing to me and the rest of the tax payers. Just because a politician listened to the union lobby and passed a law mandating that all teachers obtain a master’s degree, it does not mean the marketplace can pay for it. The union lobby and the politicians did not consider the validity of the service when they passed such laws. They did not consider the market value of their legislation, so they artificially created an education bubble which has burst. It was these irresponsible parties, the union lobby and the politicians who created the idea that wages of these levels in education could be obtained on the excessive end, and that society would think those services so valuable that they’d always find a way to pay for them.

We are now at an age where we must question the real value of college, and public schools must figure out how they will fit in with that value. But raising property tax to pass school levies with the assumption that every kid will go to college and rack up $50k or more in debt to get a degree is unrealistic. The entire economic system must reset itself to levels of pre-inflation. This must happen with the value of not only education, the job marketplace, but our actual currency. It is not acceptable to sustain a rate of inflation, because at some point if it takes .50 more cents tomorrow to buy what a dollar does today, cost of living adjustments won’t keep pace, and living standards will decline. The dollar must be made stronger, and the jobs in America cannot be service oriented exclusively and education is a service industry. It doesn’t directly produce new engines, new cars, or invent new technology. Most of those developments are created in the free market system, which is a system that education has put itself at odds with and perpetuated even more social trouble with a reckless philosophy of socialism taught to their students, making the value of education even less.

So there’s a lot of work to do, and it starts by being straight with your children. Education is important, but there is only so much you can do in a class room. Much of the education we all receive comes from doing, and we need a job to get involved with so we can continue that education. In the future our children are not going to leave work at 4:30 every day and make 50 to 100K per year. Our politicians have squandered that dream away. Face it now! Our children will have to stay at work till 7 maybe 8 PM, they will have to outwork our foreign competition and be willing to fight for every dollar. So if you want to help your kids, tell them to save their money, keep it simple, work hard, and do your part as an adult to strengthen the dollar so your kid doesn’t have to scrape even harder to get the value in two dollars that they should get in one.

And for God’s sake, do not ever pass a school levy and increase the property tax burdens on your school district. You might push away the businesses that can give you or your kids a job by doing so, because taxes are too high now, and business are struggling already. Any increase at this point could topple their efforts and drive them away which would be devastating. It is not the task of the communities to figure out how to pamper these education employees into being comfortable. It is the education employee’s job to adjust themselves to the market forces which have and will always drive reality, and is a burden they will only carry when tough love is applied to place that weight on their backs, and not those of us who are already carrying more than our fair share, which is what we as individuals are responsible for.