What I’m getting ready to say has nothing to do with racism. I must remind all the readers here that I supported Herman Cain for president, even after we learned that he enjoyed the company of women beyond the attention of just his wife. If those were reasons to not vote for a president, then Bill Clinton would have been rejected, Kennedy, LBJ, and FDR—all those presidents were serial womanizers, so I didn’t see the problem with Herman Cain. I’d still vote for Cain today if he was running.

But the media brought Cain down because they basically all came from the same kind of colleges that Barrack Obama did, and they all read the same type of communist propaganda literature that has delivered us to an age where a President of the United States can openly campaign for socialism. My good buddy Matt Clark of WAAM in Ann Arbor recently covered this Obama socialism and pointed out the absolute ridiculousness of his policies. But as you will see in the pictures though-out this post, Obama does not come from the kind of back ground of a Herman Cain, which is why the media was terrified of him. Cain was poor and worked his way up to be the CEO of a major company. That is an American success story. Obama was a radical college professor who hung around liars, radicals, and communists and was simply a community organizer who was pushed along through his political career by communist sympathizers who wanted to use Obama’s good looks and skin color to advance their personal agenda. Obama has shown a tendency to completely lie with a straight face especially over his relationship to Bill Ayers the radical terrorist of the Weather Underground who just so happens to also be a college professor at the University of Chicago where Obama taught constitutional law from 1992 to 2004.

As seen in these pictures Obama’s family in Kenya is not the kind of family that a Herman Cain would have had in the south. Obama’s folks are still village people. There’s a reason that the people of Africa aren’t building sky scrapers and creating their own economies. There’s a reason they are poor and dying of AIDS by the thousands—because every village functions from a kind of socialism where the head chief of the village passes out like a king the tasks for the whole society. This is Obama’s background. He thinks he’s the village chief in America.

You can see that Obama in these pictures is just another bright-eyed little boy looking for acceptance from his father. Unlike the ghetto whores here in America who tends to sleep with every man who lives on their street and has babies with all of them to qualify for more government assistance, Obama’s mom slept with radical black men from other countries who advocated overthrowing the political powers of their home countries. This took little Barry Obama into a globetrotting adventure never really knowing who his stable parental figures were.

His mother eventually shacked up with an Indonesian fellow who apparently ruined Obama’s citizenship when Soreto was recalled to Indonesia taking little Obama with him. It was Obama’s grandparents in Hawaii who provided little Barack with the only real stable parental role models available.

None of that is poor little Barry’s fault. You can’t chose your parents, and nobody can blame him for seeking stability among the fraternity of communist advocates that he met in college. Obama is a product of socialism. Every cell in his body oozes it. He has learned from them, he smoked dope and partied with them, and he’s hung out in actual African villages getting close to his roots championing socialism with his cousins, aunts and uncles. Obama has done nothing in his life to earn money from the private sector. He’s had plenty of looters who have sought to use his race to advance their communist agenda, so they helped Obama get elected into the Senate. They helped him get a few books published and created a platform for a presidential run. All Obama had to do is bull-shit his way through his speeches, like he had learned to do from his broken family background and do what the village masters told him to do. Having a background of poor ethical behavior made it easy for Obama to just do whatever he was told, and go along for the ride. 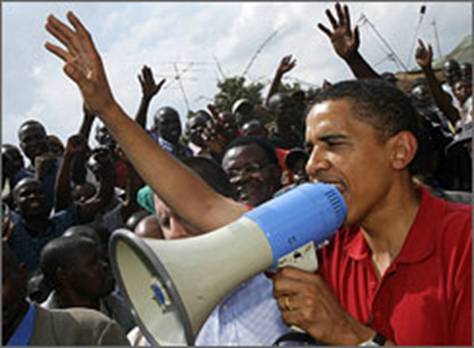 To get an idea of who is behind Obama, and who tells him what to do, where to stand, how to hold his head in a certain way, here is a nice little article that digs into the money that is poured into Obama’s re-election campaign.

When Obama says to tax the rich, he doesn’t know what that means. He thinks he’s rich, so he naturally thinks all the value of money and wealth equals his feelings about it. What he fails to grasp is that he was given looted wealth. He is a creature of public service. He has not done work in the private sector. He does not create anything on his own. He has simply been the recipient of looted wealth. For all he knows in his communist little mind is that he’s a millionaire. His books sold because of his presidential run that was supported by donations from campaign contributions. That’s a pretty good PR campaign to run for office supported off campaign donations that drives people to buy books and make him wealthy. All Obama had to do was follow directions like the nice little communist that he is.

I say communist because that is without question his end game. He is currently a progressive socialist. He uses only the progressive part of that in his designation. I think he has actually convinced himself that he’s some sort of capitalist. But that is the actor in him. That’s what he has in common with every actor in Hollywood who has come to the White House. Many actors lead troubled lives because their core personalities are vacant since they often become the characters they play in movies, and these characters are constantly changing depending on the content of their scripts. I know a few of these types of people and they are purposely not very grounded. Some of the best actors are those who come from broken families and lack strong personality traits. This makes it easy for them to climb into the skin of another character like a chameleon and just change their attributes to reflect their surroundings.

Obama has shown that he can be anything to anybody, so to know him requires one to dig into those who prop him up. Like any actor he believes he is the center of attention, the village chief, and that his money was earned. Because he lacks real world experience he does not understand that he is a “created” personally, like an actor in a movie. The progressive radicals saw a distraught little Barry Soreto high as a kite in college and groomed him into a president that would advance their cause. All Obama had to do what listen to what he was told to do by his directors, which came natural to the young fellow, because that’s what communists do—they listen to what their superiors tell them to.

Obama is a reprehensible president that will go down in history as the greatest joke produced from the damn hippie era radicals that have infested our government like termites in an abandoned house. The Obama presidency is the result of the 60’s where they found in Obama a blank kid with a troubled past and put their arms around him to use him for their evil, twisted ends. They put money in his pocket and told him he’d be king if he just smoked another joint and did what they said. Obama is the president of the Weather Underground, a terrorist organization that wishes to dismantle capitalism completely in a plot that began 40 years ago, when baby Barack was just an infant looking for a father in the dusty villages of Africa, but growing up in the paradise of Hawaii by grandparents who had to care for the child of their deeply troubled daughter. 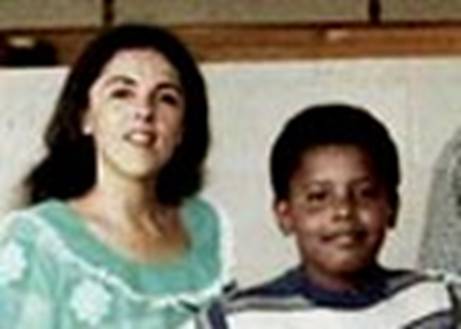 This is your president America. This is what you voted for, a fool who wishes to end the American way of life. Barry knows that people are coming on to him, so he’s now wearing his little American Flag pin, and trying to sound like an advocate for American values. But he cannot hide his communist wishes from those wise enough to see it. Obama is not the president for the strong, the brave, and the lovers of freedom. He is the president of the down-and-out, the weak, and the lazy. Obama and his minions seek to make more of America into poor, depleted recipients of government so that the power base of the progressive can expand. And the media is on board with fulfilling that agenda. They don’t want to cover the story of Herman Cain, a black man who rose up and became successful. That is not the American story that those who put so much money into Barack Obama’s pocket wish to advocate. The radical power brokers want Obama and his history of socialism, broken families, and low moral code because such people are easy to control. And if they can give America an icon with so many faults, then perhaps the people of America will not strive to be any greater than they are. Weak people are easy to control, and keeping people in a depleted state is the goal of the money men behind Obama, the actor. 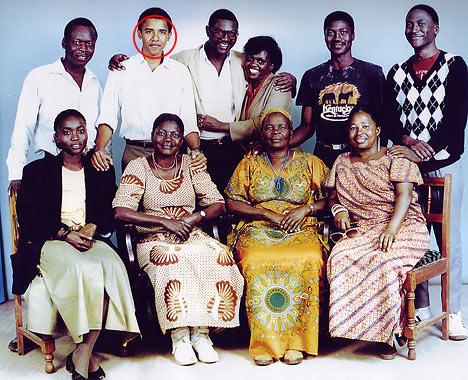 Yes, dear reader. If you have bought into the smile of Barack Obama and his constant attempts to rape America of its producers, its rich, who actually create the jobs, then you are a processed fool. You are a result of progressive politics and you are broken at your very foundations. It is people like you who are ruining a great country because you lack the intelligence to fathom the result of your actions in supporting a president who is even more of an actor than Ronald Reagan was. The Presidency of the United States has officially been reduced to just another acting job where the actor has a vacant personality that is easily imprinted upon by the true masters who actually write the script. And every citizen who votes for such an actor for president is guilty of openly advocating socialism, and destroying the one great icon for world peace and economic prosperity—America.

That’s why the enemies of The United States support Barack Obama.

Click here to see the TAIL OF THE DRAGON press release for an update on my most recent project:

Check out Rich Hoffman’s favorite website, (besides this one):