My anger at Superintendent Mantia of the Lakota School District is not some unwarranted diatribe incited by a simple disagreement. There is a history which is shown at the beginning and ending of this article where I gave two public presentations, one for Educate Ohio in June of 2011 and again for the West Chester Tea Party in October of 2011 shortly before the election. One of the reasons the pro levy people think my arguments are combative, vitriolic and harsh are because they typically only speak with people of their own kind. They do not associate often with the 18,000 people who voted against the tax hikes, so are ignorant as to how the other side thinks, and they make no attempt to understand. This is why both groups that I spoke to about Superintendent Mantia and my high hopes that she would get the Lakota budget under control were greater in number than those who attend the typical school board meeting. We have a lot of supporters in the No More Tax Effort. If more levies passed in this recent election it is not because people support those schools, it’s that the schools wore out the resistance, which is by design. The message the schools send is that if a levy does not pass, it will be back. So resistance yields to the oppressive tactics of union controlled public schools.

For those levy supporters who think I’m some lone wolf who simply doesn’t want to pay taxes because I can’t afford it, keep indulging in that fantasy as you stay in your little circles of pro levy supporters thinking that you are good because you don’t know how to say NO. No Lakota Levy as an organization and our supporters are deep, and active, as you can see in my public presentations over education. In my presentations I defended Mantia hoping that she would do as those of us in No Lakota Levy do routinely, and that is make hard decisions to balance our budgets. And I feel like she made me look bad for giving her the benefit of the doubt. In fact, every core member of No Lakota Levy has had to work with budgets in the millions of dollars, had to fire, hire or ask employees for wage freezes or reductions, and have had to spend many sleepless nights rolling around over those decisions. That is why we have no sympathy for Superintendent Mantia. She has turned out to be not what she sold to the community, and we are disappointed—me specifically. Residents from Pickerington warned me how Mantia was, and they were right.

I know the tricks of school superintendents. I know what they learn in Levy University in Columbus because I’ve read the same books and material they have. I got this material from my friends who are current school board members and have attended this class. My information also comes from former school board members who want to blow the whistle on the corruption that goes on in public education. The tricks are standard for every school and are designed by the Ohio School Board Association and the Ohio Education Association to extort from the public using Saul Alinsky’s methods of consensus, money if communities refuse to increase taxes on themselves. Those methods include, cutting busing to increase the burden on parents and force them to pass a levy. If that doesn’t work, schools take away liberal arts electives. If that doesn’t work they make sports pay-for-play. And if that doesn’t work they lay-off teachers at the bottom of the seniority ladder to scare parents into a declining school district and plummeting property values. These methods are used in every single school in the entire state of Ohio because they all share a connection to the OSBA in Columbus.

Another OSBA strategy is to form good relationships with realtors in a community so that home sales will be directly connected to school levy support. That’s why Joan Powell, former president of the Lakota School Board and current board member is so involved at Lakota—her full time job is that of a realtor. And one of Lakota’s biggest pro levy supporters is another realtor, Pam Perrino. CLICK HERE TO REVIEW HER INVOLVEMENT AGAINST MY GROUP. This is all by design at the Ohio School Board Association (OSBA). It’s a system designed to stack the schools and labor unions against the community. Both of those women will tell you they do what they do because it’s in their heart to do so, but they were brought into the circle of power because of their status as realtors. They may not be aware of it because they are only looking at their small piece of the pie, but they are part of the overall strategy, and they play their roles in levy advancement as expected.

And this is the reason for the disappointment in Superintendent Mantia. No Lakota Levy thought that Mantia should have proposed a wage reduction to the school employees in order to sustain the district far into the future. That way everything the public expects from the school could have still been maintained, busing, sports, electives and so on. But Mantia chose to preserve the system designed by the OSBA and imposed hardship on the residents just as the OSBA teaches at Levy University. In fact, she followed the text-book of levy passage taught at Levy University word for word. And this is simply unacceptable.

So this is the reason for the anger. We are not a stupid group of people at No Lakota Levy. In fact, we’ve seen it all, done it all, and could perform many of the decisions we are asking Mantia to make in our sleep without breaking a sweat. The solutions are so obvious and so easy that it doesn’t even require thought. But Superintendent Mantia is taking up a quarter million dollars in compensation from the district’s tax payers and she has not done the job we expected. She instead stood up for the teachers union that she started in as a teacher herself, and she knows as a double-dipper that she would never receive such a high salary with such poor performance in any other occupation but school superintendent. She is standing up for the system that has made her wealthy by employing these extortion measures taken straight out of the OSBA Levy University Class given every November the week after elections in Columbus, Ohio.

So I’m putting up the contract for Superintendent Mantia here for the residents of Ohio to see, so they can see what a juicy deal she has—a deal she would get no place else in any field of work. If Superintendent Mantia were in the private sector she would not stay employed for a single week making the level of income she currently is. I wouldn’t mind paying for a token superintendent job if it wasn’t filled with so many perks and loaded as if she were a celebrity on a Hollywood film; it deserves close scrutiny from a public that must fund her lifestyle for performance that is lackluster in only 6 months of employment. I would encourage you dear reader to watch these videos completely, especially the radio broadcast, and read this contract. If you are interested in understanding the scoop of the problem, you can at least do that much. I’m making it easy for you. 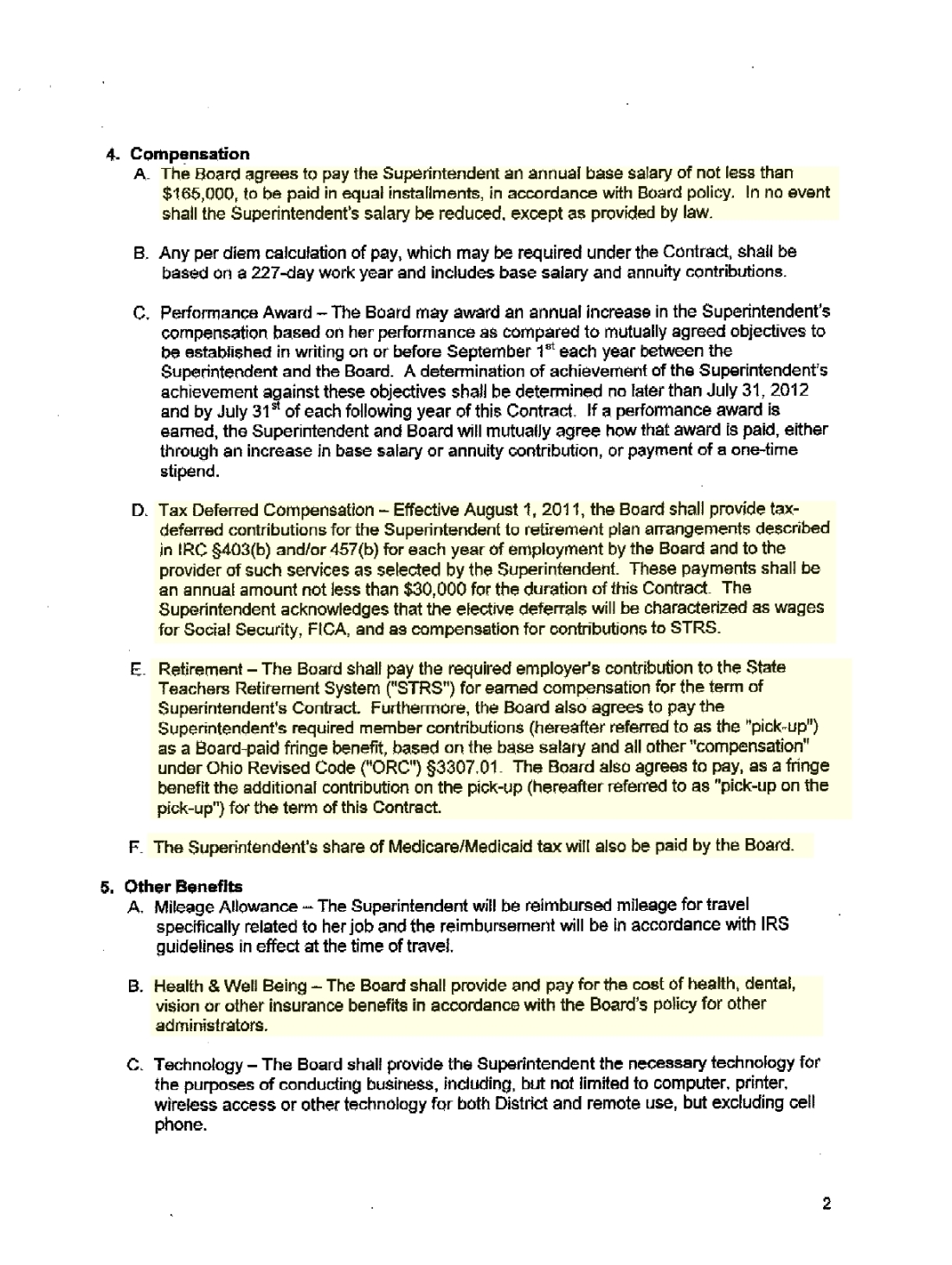 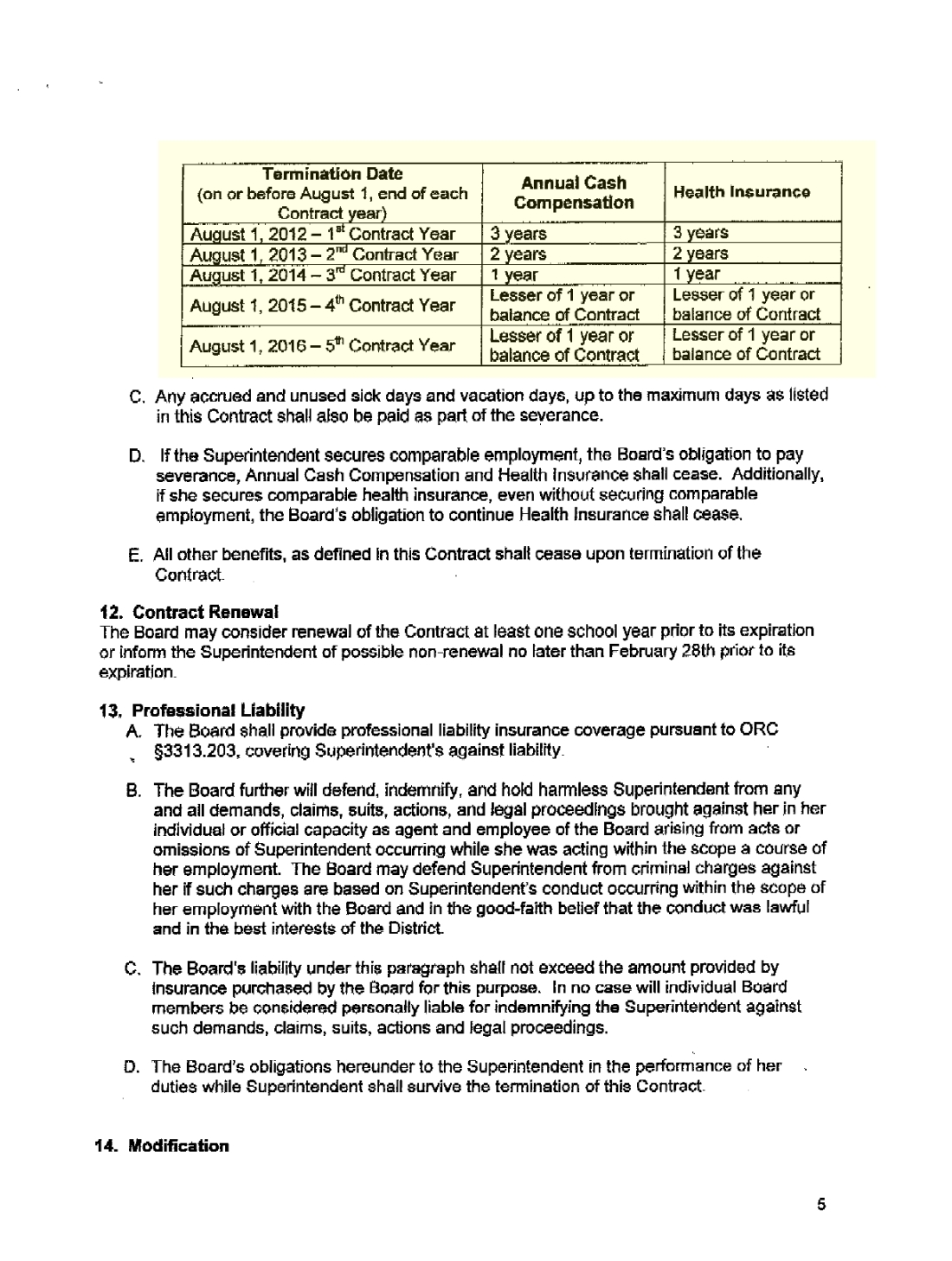 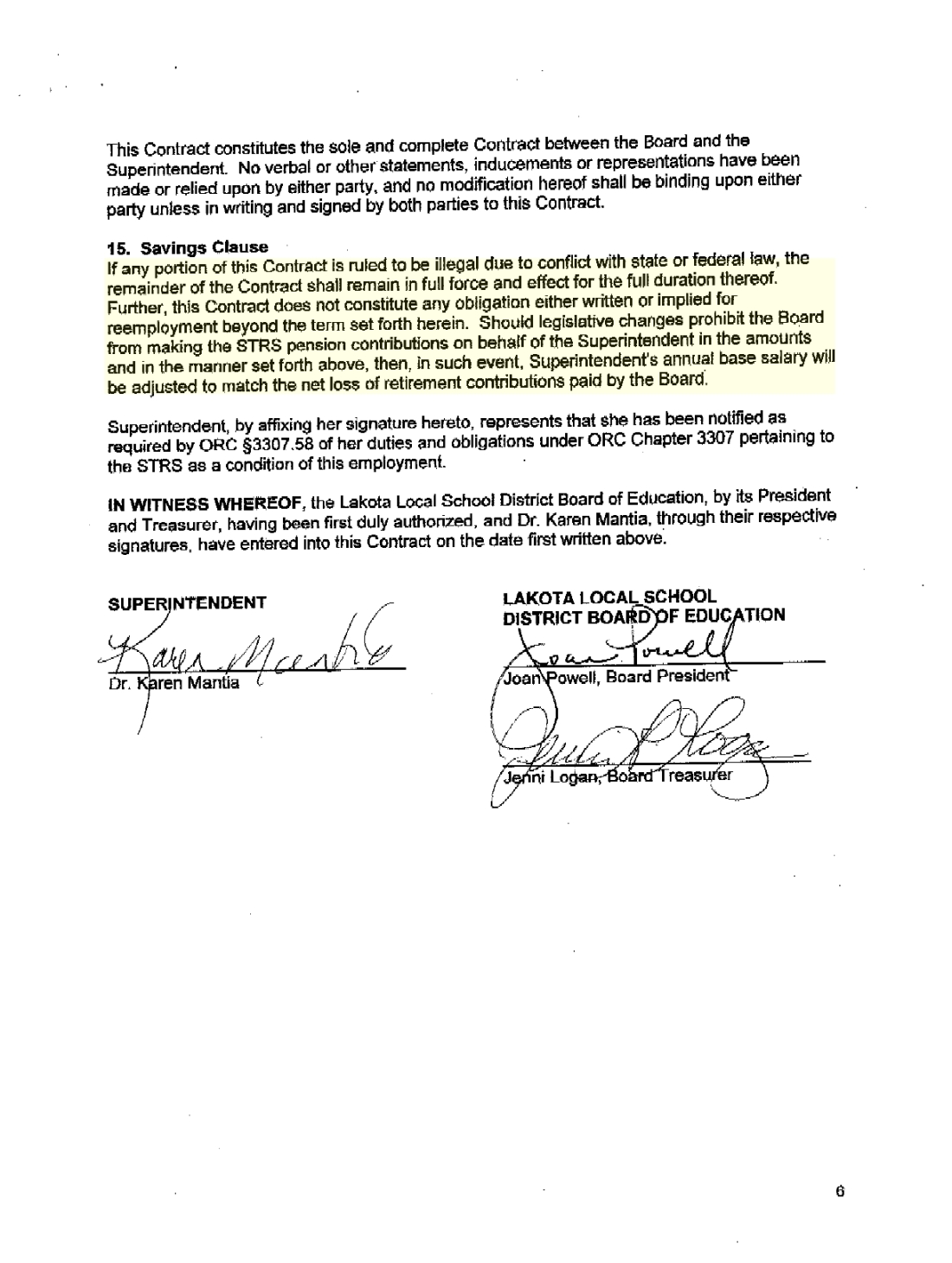 Use the tools I’ve placed before you! This is a very serious problem that is much larger than just passing a tax increase or not.

This will determine the kind of world we chose to live in for the foreseeable future.

Now, to be fair, I had several friends who attended the school board meeting on Thursday, March 9th, and below is the report from one of them to me from that event, which does involve Superintendent Mantia.  Her response is one that I believe a person of her caliber should be able to handle over the position of a lawyer, because lawyers are in the pocket of the unions.   With the kind of contract Mantia has, I expect her to be smarter than the lawyers.  They make a lot less than she does.  But here is the final word as spoken from her mouth to my friend.

At 10:50 I stood and asked why they DIDN’T DO ANY CUTTING ANYWHERE and simply lowered salaries and benefits until they were BELOW the budget?
After the four of us who stayed to ask questions at the close of the evening were finished, Karen Mantia answered my suggestion.

She took about 15 minutes and said that solution had been considered, but she was warned by the lawyers that it was illegal and therefore OFF the table.
They are going to chop the Hell out of the Lakota School District to meet the budget.
SIMPLY lowering salaries is OFF THE TABLE, when the alternate is to virtually destroy the school system in Lakota?

Ms. Mantia said she and the Board DID NOT HAVE THE POWER to lower salaries and benefits.

She said WE had that power, referring to the NO Lakota Levy Group.

Check out Rich Hoffman’s favorite website, (besides this one):