Just a bit of a disclaimer—I hope it wasn’t thought that because the Lakota Levy attempt of 2012 has been called off, and it would seem that the school district is going to take measures to solve some of their financial problems, that I was just going to go away. Maybe the belief was that I would just go swimming, or do cartwheels in my back yard, because that is not my plan. There have long been issues regarding local politics that I simply couldn’t get to because the Lakota information consumed so much of my time. Well, not anymore.

I have seen the spike in hits here at Overmanwarrior’s Wisdom no doubt from many of my political enemies around town who thought I might take a break as they looked at my latest article about the West Chester trustees. I thought I’d take the time to address them before their imaginations get away from them. When it comes to my involvement with the Tea Parties around town it is true that I do support them. But when it comes to the politics of the Tea Parties, we have many differences, so my relationship is not one where I take marching orders from any group of Tea Partiers. If my articles seem to be motivated by Tea Party ideology it is where I am on common ground with them that those articles reflect. Much of the Tea Party movement is simply dedicated to educating the public and peaceful protest of big expensive government. Their danger to the political process is that those who have been playing games in broad daylight with tax payer resources now have a group to fear who intends to expose those acts in pursuit of fiscal responsibility, and they have a right to do so. That is called, “management” of financial resources. Actually, they have an obligation to do so.

Regarding Catherine Stoker and Lee Wong, I’m sure they think it’s unfair to be at the center of these investigations, but they are public servants—with “servants” being the operative word. They are not part of any political class of rulers, as much as they might pretend to be amongst themselves.

Where I differ from most of the Tea Party members is many are just a bit too far to the political left for me. Many of them that I know quite well I disagree with their desire to even play politics with some of the obvious instances of corruption that are openly known, and if I had it my way, there would be much harsher treatment of those crimes than just exposing the stories with the light of awareness. While many might consider me a radical right-wing advocate, from my point of view that’s only because they are so far to the left they have lost perspective. The Tea Party members I know are good people who still believe in the system of government we have now, and they wish to work within that system to tweak the republic back into some sense of honesty, which I think is a noble cause, and I support if it’s possible.

Personally, I don’t see hope in such a process. I think the bad guys should be rounded up and confronted directly and left to fate to determine the result. I have no desire to play patty-cake with bad guys and to me, a politician who openly lies and manipulates a situation—even a minor one so that they might personally advance their positions are bad guys and gals and I have no tolerance for it. None.

I have nothing personal against Lee Wong, but he got caught manipulating “the system” to his advantage over the Eagleridge crosswalk. Lee’s wife is on the board of the Beckett Ridge Homeowners association and it is very obvious by the mountains of evidence that Lee worked with Cathy Stoker to get a crosswalk put in for personal use at the expense of the tax payers. It was a feather in everyone’s cap and they used a disabled person to advance the cause, and it was wrong.

I started watching the West Chester trustees and their actions more closely because of the comments by Stoker in the Enquirer article against me where she jumped on the band wagon to attack me, so I have been looking to return the favor. Why she felt she should include herself in the obvious school levy campaign against me indicates guilt to some extent, so it drew my attention to her activities. When I saw how the two of them treated, and disrespected Trustee Lang, who I do personally like, I took offense to their behavior. To watch in the videos how Trustee Lee became so defensive and attacked Lang as being “unethical” really pissed me off to put it mildly. It reminded me of how this same group of politicians attempted to paint me as a “woman hater” in the Cincinnati Enquirer because they could not answer the questions about school funding that I brought up. It’s an old political trick where something you do is taken out of context and twisted around by a political enemy to mount peer pressure against the provoker. In my case it was a blog posting were I blasted a select group of levy supporters in a negative way once I discovered they were protesting against me outside of the local Kroger grocery store. For Lang he went through a trial a few years back and Lee attempted to shut Lang down in their spirited debate with that bad memory because Lee was trying to cover up the collusion he had been doing to have the crosswalk built. And believe me; I understand what Lang went through. It’s partly because of it that I am happy to say he’s one of the few politicians I respect.

So Cathy and Lee only have themselves to blame for the attention that is headed their way. I wouldn’t have been looking too closely if Cathy didn’t make herself part of my personal story and Lee obviously does not have a working relationship with a person I respect in Mr. Lang. So they can be angry at the West Chester Tea Party for paying close attention to the happenings in their community and questioning the way funds are allocated. They can send the zoning people over to harass the Grand Ole Pub because it’s no secret that they have been hosting the West Chester Tea Party social gatherings, although I wouldn’t say the owner is a radical right winged guy, just a lover of American nostalgia. And they can consult their advisors about how to proceed next. But they only have one person to blame for the attention that is coming their way—themselves. The kind of political games I witnessed over the Eagleridge crosswalk is exactly the kind of thing that has virtually destroyed America, and to ignore it is wrong. Without question Stoker and Wong believe they were doing the right thing for the community, so they saw no harm in undermining the political process by initiating the allocation of funding 6 weeks before the issue was even brought to the board and Wong had his neighbor initiate the deal before the trustees so it would be recorded in the public minutes of the meeting officially. The trick from Cathy Stoker to sucker Lang into agreeing to hear the testimony at the conclusion of the meeting only to have it used against Lang weeks later as a way to say the project is already done and he agreed to it is underhanded at best, and represents bad politics in the purest way. It is not the job of these politicians to “rule” on our behalf as political elites, and that’s how these trustees behaved, and it deserves to be exposed.

To be angry at Lang, or the West Chester Tea Party—or any other affiliate is misdirected. Collusion in politics costs a lot of money, and years of that type of behavior has bankrupted our nation, and we have an obligation to fix it when we see it. So a note to the politicians reading this—you better get with the program. You can try to suck up to the local Tea Party groups all you want, but know this; I don’t work for them, or anybody. If I see bad things going on, I will expose it here for the world to see since our newspapers won’t do the task themselves. And I won’t stop until there are no more bad deeds going on in politics. It’s that simple. So choose your next moves carefully, and decide best how to serve your community. Because the methods of the past will not work in the future–the Tea Party wants to work with you to make a better world. I simply want to put every bad politician out of business and eliminate their job completely so we can all be free of them. Shaking hands does not achieve that for me. But life as it was will not be possible. 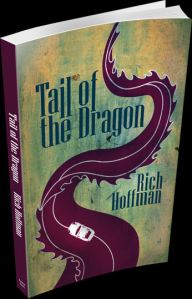 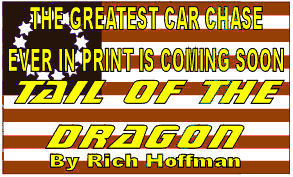 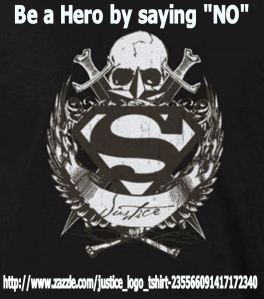