With all the calls for gun control peculating from recent terrorist attacks it has been good for me to spend much more time with my guns than I usually do, just to balance out the obvious intrusion that political leftists intend on our rights as American citizens. I have been practicing a lot in my home gun range the new skill of Cowboy Fast Draw. While I have a long way to go before I get where I want to be, it has been a lot of fun getting there. In my home shop I can now reload my ammunition and shoot it within a few feet from my work bench and that is something that I cherish as a right.

The reason I became a recruiter for Second Call Defense is because it is the biggest fight presently in politics. I have spent a lot of time on other issues leading up to this latest crusade, such as education, and economic matters—political philosophy and related items, but guns are at the center of our capitalist culture and they require a defense—an articulate defense. So for me to provide some of the needed help—the words needed to frame the argument properly, I need to step into that realm with both feet. If you are going to promote conceal and open carry as a solution to many of the modern problems we are facing, you have to also provide people with the protections they need if they take your advice. I don’t want to get a bunch of people in trouble for using a firearm in their constitutionally protected right to defend their property. I’d like to keep them out of trouble for listening to me. Second Call Defense gives me that ability; I can promote firearms for self-defense while offering a legal protection in case something happens. Until the emergence of Second Call Defense, there wasn’t any such protection—so it was hard for me to promote something that might disrupt the lives of the people who listen to me.

But I’ll have to say that I’m having a good time with it. It’s difficult to get into shooting for sport if you can’t use your firearms, but at least locally where I live there is a new shooting range going in near Port Union—a classy facility that looks fantastic. I’ve watched the building go together over the last few months and have been impressed with its construction. The facility is called Premier Shooting & Training Center and is located in West Chester focusing on a February opening. It will be the place in town to shoot the firearms of choice. I have already been told that my .500 Magnum will be welcome there. Then of course there is the ability to shoot at your own home, which is a treasure in itself.

There really is no better smell in the world than Hoppe’s bore cleaning solvent, leather, and gun smoke. Those are the smells of freedom—it’s the smell of America. It is what gives us our freedom, the right to bear arms. It is unique in the world in that guns are intended to protect the property of mankind which for the first time in history has decided that acquisitions obtained through capitalist enterprise needs private protection. That is the purpose of guns, to keep malicious people from cheating at life and stealing the fruits of labor—the things acquired in the game of life. There is no better smell than those three items because they are the smell of freedom. As I shot in my little private work area on Sunday watching football games and enjoying the company of my many tools, it was that scent that made me want to take a moment to appreciate what it’s all for. 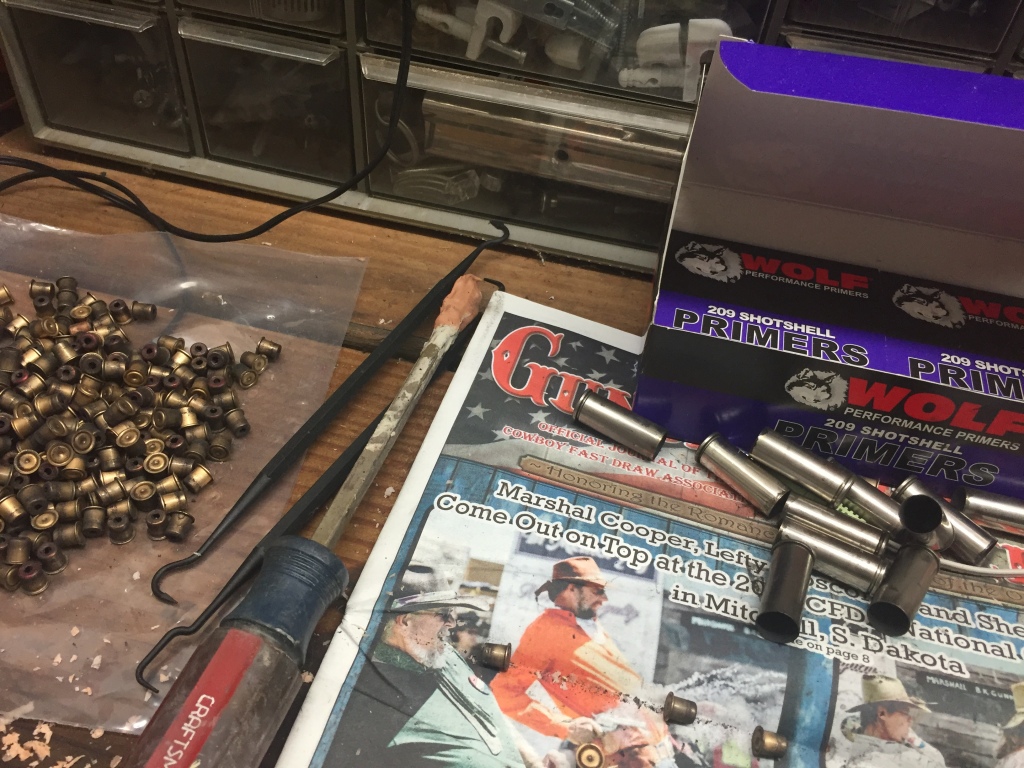 By becoming a member of Second Call Defense you can rest easily in using your firearm in concealed carry conditions. If you do use that firearm, the terrifying legal issues that follow are much less menacing. Just call the number on your membership card and let the attorneys at Second Call handle the case from there. There are five categories of protection, entry-level, or Basic, Advocate, Defender, Protector, and Ultimate. From Defender through Ultimate Second Call Defense even offers a gun replacement or retrieval of a beloved firearm during or after a court proceeding. One thing that happens after a gun related shooting is that guns are confiscated for evidence and if you happen to have a lot of history with that firearm, it will have sentimental value. Second Call Defense will do what it can to get your gun back once the case is put to rest. If it is impossible, then they offer to replace the gun. That would come in handy if the gun is a valuable one, something in excess of $1000. Or perhaps the gun is one that you intend to pass down to a son or daughter, with Second Call Defense; you have the best chance there is of getting that gun back. And that’s a very good thing. Of course the price per month increases for the higher coverage, but after spending countless hours cleaning your guns with Hoppe’s in your home shop, you tend to bond with those friends, and until Second Call Defense came along, there wasn’t anything that could be done with law enforcement when they did confiscate guns.

I don’t have a very high impression of the police—I know they are needed, and many of them do good work, but I have had lots of bad experiences with them. Most of those experiences are that I’ve never trusted them to do what I can do myself, and they seem to know that about me. They tend to be contentious in personal interactions because I’m not the submissive type and I with them because I personally despise authority figures—in every form. When I was first gunsmithing many years ago, I had a FFA license to practice and all the credentials it took to operate a shop at my personal residence. So I had to talk to government people, and I didn’t like it. There were too many rules and they all had very stuffy approaches to their jobs. They seemed too eager to throw barriers in front of you so that they would have less work to do. My respect for them was much lower after I had to work with them for a while. About that time my wife who was young and extremely beautiful—a top tier model type who was working as a receptionist at her parent’s business had to deal with a few cops investigating a break-in where her dad had lost some valuables. They knew she was married, she told them what I did because they asked and they seemed to get cockier in their questioning. The entire purpose of their visit was to get information on the break-in. Instead an older cop and his younger partner were more interested in hitting on my wife trying to exert authority upon her to get her to tolerate their sexual advances. “I won’t cheat on my husband,” she eventually said to them. But then the old fat one said, “but will you lay still while I do?” Her dad was in the other room and heard the whole thing. The cops had no fear of ramifications from their actions because they were the embodiments of the law. They knew her dad wanted them to resolve his case and they knew I needed to maintain my FFA license, because they bragged about how they knew ATF agents in town hinting that they could make life rough on me—if they wanted.

I stewed over that incident for at least two years—actually it still makes me very angry when I think about it. But needless to say, I gave up gunsmithing and decided to hold jobs that avoided that kind of manipulation—where someone could exert that kind of authority over my life. But I always loved gunsmithing and the idea of it. While that incident might have shaped my feelings about government authority for life—I didn’t let my love of gunsmithing and guns in general erode away. I was only 19 at that time, but now I’m much older, and times have changed—as well as the politics. I have much more powerful weapons now than guns to use against incursions—I have the gift of the written word, which I have been able to use much better than the best snipers on the planet in accomplishing my intended goals. Guns are just tools in the scheme of things.

But that doesn’t rival the smell of freshly discharged gun powder and Hoppe’s solvent with a newly made leather holster hanging from your hip. Those are the kinds of smells that brought my interest toward guns in the first place and many years later have reinvigorated my interest. However, it is Second Call Defense that has made it all possible for me. Knowing that such a defense exists puts my mind at ease in promoting firearms once again. In those early days of gunsmithing, it was obvious that there were cops, like those two that hit on my wife that would sell confiscated firearms in an auction or on the black market without a second thought and there was no defense against that type of harassment. Gun owners had to put up or shut up, or face arrest, or legal harassment through permit compliance—or some other government means of control. Without such a defense, I just couldn’t recommend such a lifestyle to people without the possibility of intrusion—because there is nothing like losing a gun you care about to legal red tape. It’s not as rough as losing a family member, but it’s close—because when you work with guns and clean them, maintain them, they become characters in your life that you treasure. And law enforcement can confiscate them at will with a trumped-up charge—which happens more than it should. Second Call Defense offers a protection against that kind of thing for the first time. If Second Call Defense had been around 25 years ago, I would have continued being a gunsmith to this day. It is better late than never though, and at least now it’s an option. And knowing that makes that gun smoke and Hoppe’s smell a whole lot better.