Of course when CNN came to Butler County to do a piece on the James Comey hearings seeking the reaction of Trump supporters I wasn’t going to pass up on the opportunity.  CNN has been hostile to Trump and they were coming to my turf—and I got an invite.  So I spent the day with several other Trump troops from southern Ohio at Rick’s Tavern in Fairfield watching the Comey hearings which CNN set up as a kind of watch party and we stuck around to give our live reaction on Anderson Cooper’s show later that night.  The CNN people were very professional and accommodating so the event went off without any contention.  We originally were supposed to be on the Anderson Cooper show for two 15 minute segments, but because of the busy news day that was whittled down to a 4 minute piece at 9:35 PM.   So we had a problem, we had nine Trump people at Rick’s Tavern to do live television and we all had a few pages of notes that we had taken from the testimony to fill a half hour of air time.  But somehow we had to narrow all that down into a 20 second statement.  So when the camera turned to me I wasn’t sure what I was going to say or even where to start about my various thoughts–I said this.

I’ll get more into the details of the Comey hearing itself in the days to come but for this occasion, I’ll share my notes for future reference and focus on the positive experience we had with CNN at Rick’s Tavern as Americans.

As we went on the air many other Trump supporters showed up to fill in the background of the bar—specifically the Biker’s for Trump guys—so there was an ambiance of positivity that was distinctly patriotic.  The news coverage all day long had been very negative for Trump, but I didn’t see things that way, which is why I answered my question the way I did.  Clearly Comey wasn’t an honest Boy Scout as he had been playing.  He was in fact one of the big Washington Beltway leakers and he was doing it from a very high level. 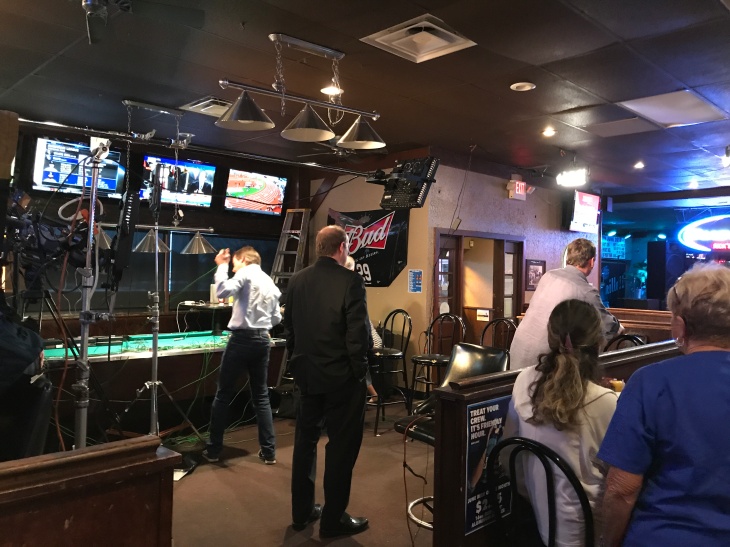 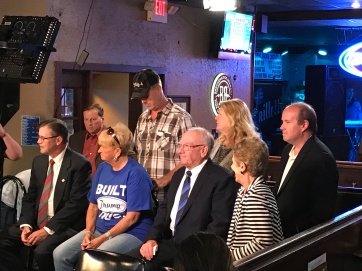 He was in trouble—serious trouble and that wasn’t lost to me during the testimony.  When Comey had said he leaked his memo to a friend who then leaked it to the press, I made eye contact with the CNN producer Stephen Samaniego and he knew it too.  This wasn’t a partisan issue or a group of Ohio Trump supporters living in the bubble of regional conservatism.  Comey had admitted to something that was very serious and Trump had nailed him to the wall with Comey’s own show boating.  Once the smoke cleared from the day’s events, to the time we went on live with Anderson Cooper—that was the story.

As I watched the CNN guys and the live show on the monitor as we were finally set-up for our official shots it was clear to me that this was all part of making America Great Again.  The epic showdown on Capital Hill with Comey–flushing him out as a leaker, getting him to reveal what Loretta Lynch had revealed about the Hillary Clinton case—which we all suspected—was all part of this new Trump approach to things.  Now we had proof—testimony anyway—it all occurred because of the way Trump does things. None of this would have happened with any other president.  The Iran Contra hearings nearly destroyed all the good things that Reagan did—and here was Trump plowing through everything relentlessly and the political left was making major mistakes under the pressure of Trump.  And here was CNN honestly soul-searching for an understanding of how people think from the heartland of the Trump voter—Butler Country, Ohio with some of the leaders of the ground game there to talk.

They were truly curious whether or not we’d still be with him and they picked Rick’s Tavern with its big America flag hanging out front to understand why. They asked good questions and we answered them the best we could in 20 seconds.  When it came to me I said what I did, Comey portrayed himself as an honest Eliot Ness FBI agent from the Untouchables.  But what he ended up being was just a 6’8” cowering bureaucrat who knew how to talk a good game, but when the rubber hit the road, he was lost.  Trump was exposing that month by month making it so that Comey couldn’t hide it any more.  Barack Obama had no idea what competency was but here was a real businessman who knew value in people and Comey knew he was in trouble. So he decided to become the villain of a spy novel and go about passive aggressively leaking information about Trump to take down the new president—and Trump sniffed him out.  That’s when Comey made the biggest mistake of his life—he leaked his notes to a Columbia professor friend to leak the story to The New York Times.  That’s how I came up with the Ian Flemming reference—because Comey was far more interested with images and storylines than substance and facts. 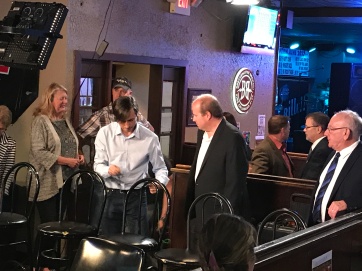 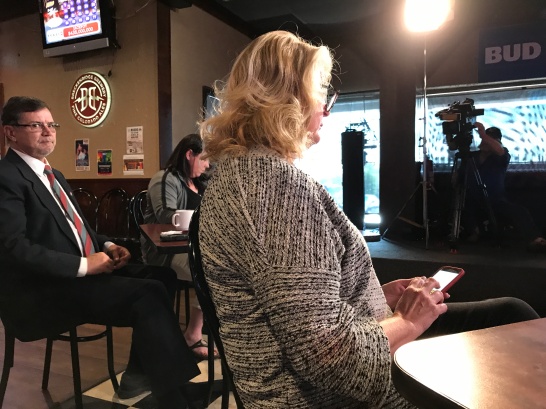 I think there were around 5 million people watching CNN at that time slot so I was very proud of the opportunity to defend President Trump in the trenches, even if it was only 20 seconds—the comments did what they were supposed to do.  And for those who read here everyday, they know that there is a lot more where that came from.  I’d do it again in a second.  Trump is doing a great job, and I appreciate it, and will fight for him all day long so that he can keep doing that job.