It was really irritating me over this past weekend that everywhere people were overacting to the coronavirus. All the stores were being ransacked for toilet paper and people were already too far gone to think logically. The media scares had soaked into their thoughts and they were in survival mode and unable to come out of it. Since there wasn’t anything on television worth watching and I had a free Saturday more or less, I signed up for a Tactical 88 class at Premier Shooting & Training Center in West Chester and spent the day at the gun range stepping away from the panic for a bit and enjoyed being around people who had not gone crazy. And much to my relief, they had toilet paper on the shelf, and all was right with the world. But much to my surprise, they were very busy on a Saturday (much more than usual) and they reported more gun sales that weekend than they had on Black Friday. People were coming in and buying guns and ammunition like the world was coming to an end, and for those who were watching the news, it would be easy to think why they would think that. It didn’t take long for me to realize that going to Premier Shooting & Training during the coronavirus outbreak was a good decision, it was a good day to get away from the insanity of the world and a very hard reminder how lucky we are to have such a great facility in West Chester, Ohio.

I never go to Premier without thinking of George Lang, who as a trustee was instrumental in attracting the investment of a top tier gun range into West Chester just a few years ago. I was invited to tour the facility before it opened with Mark Welch—both men are now in position after the Tuesday primary to move on politically to state seats. But few know them as I do, as shooters who were active in the opening days of Premier Shooting & Training. I go there to shoot when I have time, its my favorite range in the Cincinnati area and I think one of the best in the country. But the store and gun range is only part of the story, what they do very well at the West Chester gun range is teach people firearms handling and some of the more advanced aspects of tactical training. With the Tactical 88 instructions that are done at that facility, participants get a chance to learn the same types of things that only advance police and military officers get by way of training. And they certainly have the classrooms for that level of participation.

I spent about 10 hours there on Saturday, had lunch, shot a bit, took the classes, but mostly observed behavior. It was obvious that the people coming there were looking for some sense of normalcy to their life, or some level of empowerment. Buying a gun for them was a punch back at the victimization that they were feeling from the news reports that virtually everything was shut down out of panic over the coronavirus. Even Disney World was shut down, so there was nothing much going on television, the NCAA March Madness brackets were gone this year, baseball season is being pushed out, even James Bond’s new movie coming up has been pushed out as Hollywood looks to lose around 20 billion dollars due to coronavirus. What was happening around the world smelled a lot like an attack on the American economy and people wanted to take action, so they came to Premier Shooting to get control of things from their perspective, and buying a new gun and hitting the range to learn how to use it was the most proactive thing they could do. But it was a running joke at Premier that day for everyone who saw the display of toilet paper that at least the gun range was stocked where Kroger, Walmart and Walgreens were ransacked by panic driven customers to stock their shelves at home for the apocalypse that was to come next. 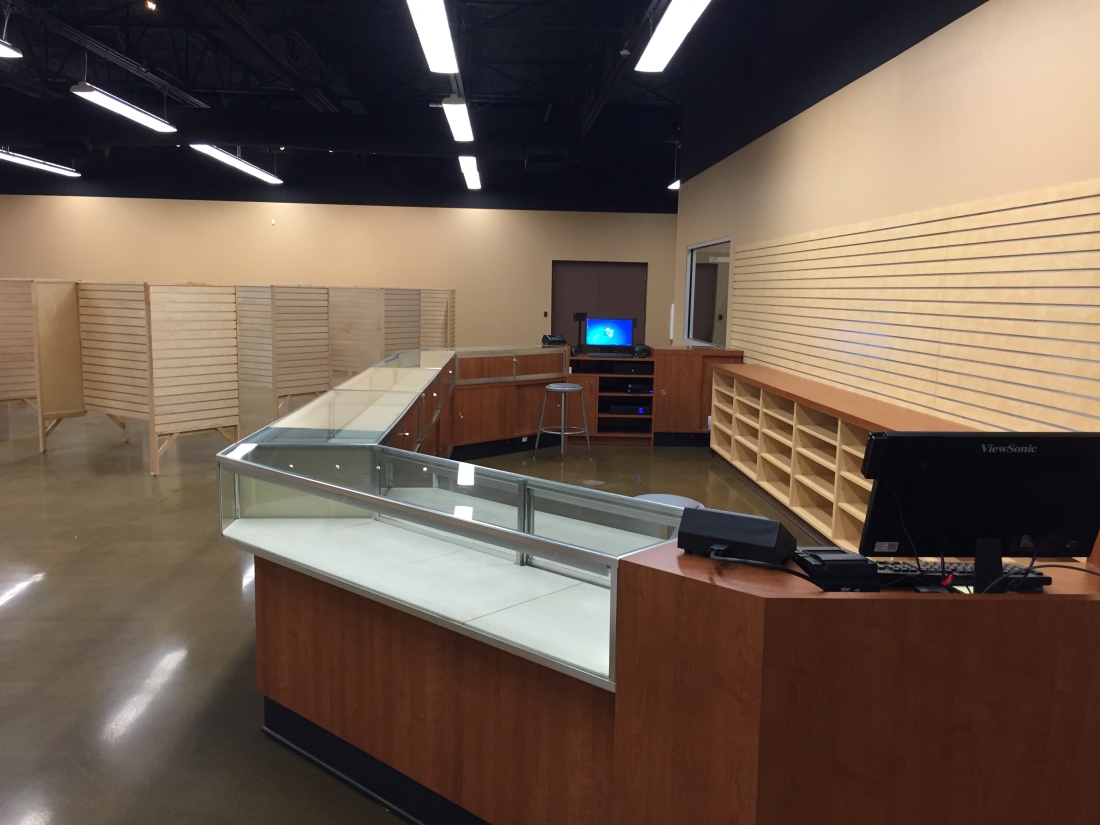 Spending that extra time there Saturday I was able to work with much of the staff on hand that day and I can only say that I am really happy they are there. They do such a good job at every level at Premier that even as I think often how wonderful it is that they are in West Chester, many people take it for granted just how much. They are top notch on a good day, but on a day where the stock market was on course for depression like numbers and the entertainment world was shut down over panic, it was good to see that Butler County residents had somewhere to go that wasn’t terrified of the coronavirus, and they could feel empowered to participate in something instead of hiding in their homes waiting for the news reports to tell them how next they might die. The staff at Premier was under control and ready for anything, and people could feel that coming into the door, which is likely why they were swarming there to begin with, to go someplace where they could still see America and enjoy the freedom to gather without fear of death. No wonder gun sales were up. Perhaps with the economic hit that losing all the sports and entertainment venues this spring will bring, toilet paper sales and the sale of guns and ammo will offset those losses. Watching the cash register at Premier gave me great hope that the same thing was happening all over the country and it said a lot about the resolution of the human race when a crises had pushed people to the brink. They didn’t run to hide in some cave, they went to the gun store and took action to protect themselves and others.

Yet with the primary election looming, I thought of George Lang and Mark Welch all day, as they were a part of the early days of Premier coming to West Chester to begin with, and few know to what degree they support the Second Amendment as mainstream politicians very loyal to the Trump administration in Butler County. I was at the announcement ceremony for George Lang this past summer when he declared himself to run for the 4th District Senate Seat in Ohio that was coming up this year and I saw many people there who I have also seen often at Premier Shooting & Training in West Chester at various events, especially at their own grand opening where Mark Welch and I were given a private tour before one shot had ever been fired there.

I’ll admit, I went to Premier for the same reasons as everyone else that rainy Saturday. I sat at the window and looked out at the lake on breaks in our training schedule and enjoyed the warm blanket of Americana as only a gun range can tell the story while the world outside was in a panicked heap. Guns have a way of calming people down and letting them know they can still defend themselves when the governments of the world get it wrong and let loose a panic like the coronavirus. But as the primary election comes on Tuesday remember that it was George Lang and Mark Welch who were there in the beginning of it all, and it is one of the best reasons to vote for them, which is barely something that has come up during the election season. Very few mainstream politicians are as pro Second Amendment as those two, and voters need to remember that as they vote on Tuesday March 17th.

Vote for Mark Welch and George Lang in Butler County for the Republican Primary in March 17th. #gop #trump #politics